Newcastle take points in under-23 game 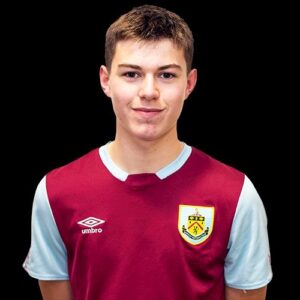 Burnley have fallen to a 3-1 defeat this afternoon against Newcastle United at Leyland in Premier League 2 with the Burnley goal scored by Max Thompson, his second of the season.

Newcastle opened the scoring on 32 minutes with a goal from Stanley Flaherty but Burnley were back in it by half time with Thompson (pictured) replying.

But it was two goals in three second half minutes that settled the game although we did have a chance to get back in it but Ashley Barnes, who played the whole game, hit the post from the penalty spot. Ludwig Francillette had restored Newcastle’s lead with Flaherty adding his second and their third.

Our next game will be at Stoke a week on Monday, 5th October with a 7 p.m. kick off at the bet365 Stadium.