No loans yet for partner club Ayr

Ayr United, one of our partner clubs, were hoping to take a couple of our players on loan but have, to date, been unsuccessful with the players identified unavailable. 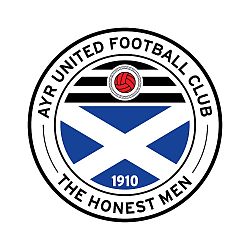 Two who they might have wanted, having caught the eye in our friendly there last month, were Anthony Gomez Mancini and Rob Harker, but have been told that those two players are needed at Burnley.

There is no suggestion of it affecting the partnership with chairman David Smith telling the Ayrshire Post: “The Burnley partnership is a long term strategic partnership covering a variety of business, football and wider role activities between the clubs.

Matt Williams, chief operating officer at Burnley commented: “The relationship and dialogue between all our partner clubs remains extremely positive and beneficial. Our under-18 side are travelling up to Somerset Park at the end of month which will give David Hopkin and his coaching staff a chance to see what is in our system for future years.”

Ayr have started the Scottish Championship season with one point from their opening two games and were unfortunate to go out of the League Cup on penalties against Dundee United. The first league game ended in a 2-0 defeat at Kilmarnock before they drew their first home game of the season 2-2 against Arbroath, coming from two behind to win the point.