No Pepper on the academy menu

When ALK became owners of Burnley Football Club I think we all expected changes and it was probably no surprise that it took only a matter of a few short weeks before it started with the departure of CEO Neil Hart.

It must be around three weeks to four weeks now that I heard academy manager Jon Pepper might be leaving. Although nothing has been confirmed since there has been enough speculation, if not news, that he has gone and Pepper himself has confirmed the end of his association with our club on his social media accounts. 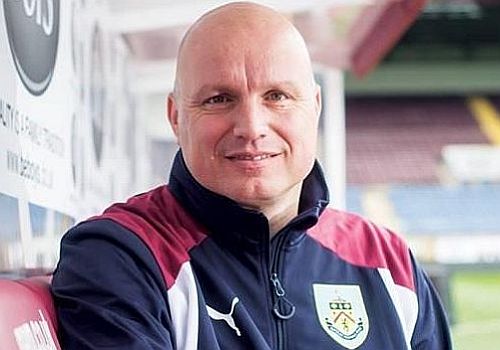 Am I surprised? Yes is the obvious answer and while not being close to the youth set up at Burnley as I was a decade ago I’ve watched it improve significantly since Pepper replaced Jason Blake (and I was hoping I’d never have to mention him again) as the academy manager in the autumn of 2016.

When Pepper arrived he walked into what he himself described as an underachieving Category 3 academy and I believe that was an understatement. It was a mess, the damage done over the previous five years or so had been significant. It had lost so many good people, some key people too.

His first task was to prepare us for a Category 2 audit and the simple fact is that had we not achieved that first stage then we would have been saying goodbye to our academy. He’d previously worked for Chesterfield, Bradford City and Nottingham Forest but he came to Burnley from Double PASS where he’d been an auditor of professional football academies.

I was told to keep away from him for a month or two while he got on with this important work and I think it was around November 2016 when we first met and had a discussion over what we’d done previously in terms of fundraising for the youth department and what we could potentially do in the future.

Our first donation in the Pepper era was to fund the youth team costs when they entered the CEE Cup in Prague in 2017 and, overall, during his time at Burnley Up the Clarets has contributed approximately £14,000 although it was become evident that, given our status as a club, our support was no longer really needed. Although the relationship with him was fine, and vastly better than the toxic relationship with his predecessor, the relationship with the department was nothing like it had been in the years previous.

But Pepper, quite rightly, can’t and shouldn’t be judged on his relationship with Up the Clarets. He should be judged on the progress of the academy and, my word, hasn’t there been progress. In basic terms, we got our Category 2 status ahead of the 2017/18 season and three years later we moved to the top Category 1 level where we have just enjoyed our first season. During his time in charge, some of the academy players have come through to play in the first team, notably Dwight McNeil who arrived in the youth team just at the time Michael Duff was taking over.

Although Dwight is the only player to have established himself in the first team, others have made first team appearances, most recently Lewis Richardson, while a number of players have gone out on loan and gained Football League experience.

There is absolutely no doubt that he leaves Burnley Football Club with a much stronger academy set up than he found. He had, in some ways, the advantage of taking over when it had reached a real low but the progress has been significant.

Where next? It does look very likely that Paul Jenkins, who built up a good reputation over many years at Middlesbrough, is going to be playing a part.