Off to Yorkshire if we win replay 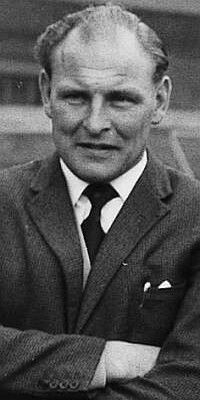 After drawing against Swansea Town in Saturday’s fourth round, Burnley fans sixty years ago were eagerly awaiting the draw for the fifth round of the FA Cup.

With the replay to be played the day on day later, and hopes high that Swansea would be beaten at Turf Moor, everyone was eagerly hoping for a home draw after having had to travel to first Lincoln and then Swansea so far.

Of the 16 numbers going into the famous blue velvet back at Lancaster Gate, we were number 15 having been drawn out next to last in the previous draw, and so we waited. We had another long wait too, again ours was the next to the last game out of the bag and once again it was an away tie, this time against Bradford City who at the time were in ninth place in the Third Division.

Despite it meaning more travelling to yet another away tie, this was at least a shorter journey, one considered to be very winnable and one that would give us an excellent chance of reaching the last eight of the competition.

To get to this stage Bradford City had beaten Barnsley and Rochdale (both in home replays) in the first two rounds. They’d then produced the upset of the third round by beating Everton 3-0 and just two days before the draw had reached the fifth round with a 3-1 home win against Bournemouth & Boscombe Athletic.

The tie, should Burnley win the Swansea replay, would be on Saturday 20