Midfielder Christian N’Guessan, who has featured prominently in the under-23s unbeaten start to the season, will be spending the remainder of the 2019/20 season in League Two on loan at Oldham Athletic. 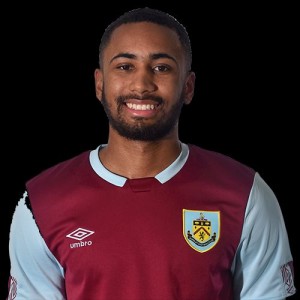 It’s very much a policy for us to get members of the under-23 squad out on loan but has proved, at times, frustratingly difficult with both Josh Benson and Ali Koiki remaining at Burnley in the first of the season having seen loan deals collapse at the eleventh hour.

N’Guessan, however, has signed for Oldham having spent the last two weeks training with them and head coach Dino Maamria said of him: “Christian is highly rated and a complete centre midfielder. He’s hardworking with a great attitude, has fantastic technical abilities and is a great addition to the team.

“I’ve been monitoring his progress for a while. He’s been training with us for a couple of weeks now and has settled in really well.”

He could come up against his old coach Michael Duff on his debut if selected for Oldham’s game at Cheltenham this Saturday. Duff saw him scored the key goal for Blackpool that saw them pip us to the title in our last ever Youth Alliance League season in 2016/17 after which he made the move to Burnley.

Under the coaching of Duff, Steve Stone and Andy Farrell he’s become a first choice for the under-23s and recently scored his first goal of the season, the key late winner against Hull.

We wish him the very best at Oldham over the remainder of the season.