Our first cup tie at Craven Cottage in almost a century 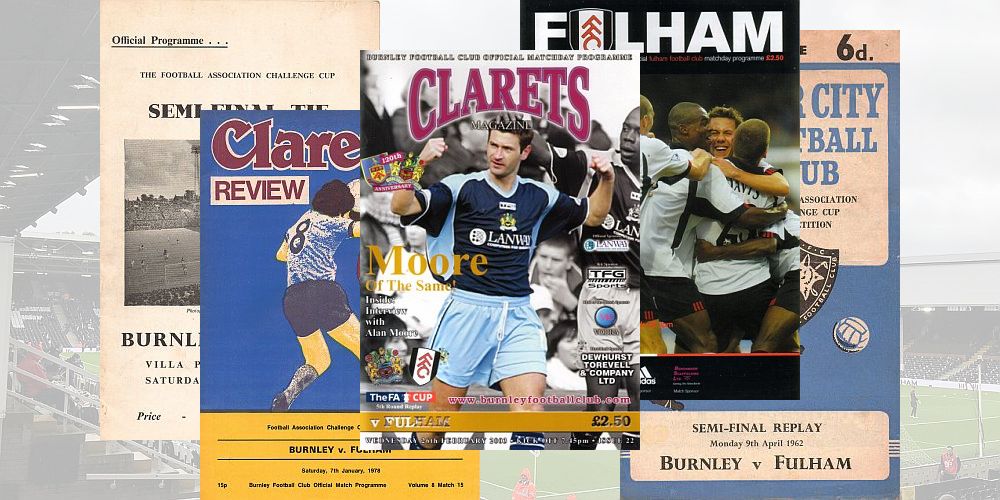 It’s FA Cup day for the Clarets tomorrow with a trip to play Fulham in the fourth round at Craven Cottage and it will be the first time we’ve played a game there in this competition since a 4-0 win in January 1927, with two goals from George Beel and one each from Louis Page and Jack Bruton, won us a fifth round tie at Chelsea.

We’ve played them since in this competition at four different venues. It was Villa Park and then Filbert Street for the semi-finals in 1962, back to the Turf for a third round victory in 1978 when a Paul Fletcher goal set us up for a hammering at Chelsea and eighteen years ago we drew at QPR’s Loftus Road in the fifth round before winning the replay 3-0.

It’s difficult to preview cup ties in today’s football with managers usually keen to make a number of changes and both Sean Dyche and Scott Parker have suggested that will be the case. Burnley have reported that Charlie Taylor and Robbie Brady, both replaced during the second half in the win against Liverpool at Anfield, and they are likely to make more changes.

It’s the same at Fulham. Their manager Scott Parker said of our result at Liverpool: “It was a big win, a massive win for Burnley. The game at the weekend was always going to be a big, tough game. That’s what Burnley possess and that’s what they give. They’re always in games, they’re a real good outfit in that sense and you saw that last night (Thursday).

“I can speak for Sean but of course I think the main aim this year for us is the league, but in saying that, the FA Cup is a competition that I hold in real high regard, with the memories I have as a young player and a young boy.”

He significantly added: “This weekend gives me an opportunity to maybe freshen up some things, give some game time to players who have not had those opportunities, while resting some others as well ahead of a busy period that we’re coming into. But look, I want to win the game at the weekend. We want to get through to the next round.”

Embed from Getty Images
Who will play for the Clarets? One likely to come in is Jack Cork who returned from injury to play in the last round when we beat MK on penalties. He said: “We’ve seen the next two games we’ve got now (it’s Bournemouth or Crawley at home for the winners) ad it’s a realistic opportunity for us to progress.

“If you could get through them you’d be one game away from Wembley, which would be a nice thing to do. I don’t think there are many of us in the team have gone that far before so it would be good to try and have another go at that. I’d like to go far in it and get somewhere close.”

It’s been a good few days for us. The win at Liverpool took us back above Brighton and tonight we moved into 15th place when Newcastle fell to a 2-0 defeat at Aston Villa. We know the league will be Sean Dyche’s priority but, likewise, I’d love a good cup run.

It took a late goal from Matěj Vydra to keep us in the cup this season; his stoppage time goal took the tie against MK into extra time which led to us winning on penalties. Fulham too went into extra time at QPR after a 0-0 draw but two goals in the last two minutes of the first half of extra time won it for them, the first from Bobby Decordova-Reid followed quickly by one from Neeskens Kebano.

It’s pointless predicting the starting line up but all of Phil Bardsley, Cork, Dale Stephens, Jay Rodriguez and Vydra must be in with a chance of getting some game time while Bailey Peacock-Farrell is likely to start in goal.

It was the season when we conceded no fewer than 89 league goals, when Stan Ternent suggested we kept throwing one in as the opposition hit fives, sixes and sevens against us. But it was also a season of cup runs when we won through to the last sixteen in the League Cup and the last eight in the FA Cup.

We’d beaten Grimsby and Brentford in the FA Cup but then landed ourselves a tough away tie at Fulham who were at the time playing their home games at QPR’s Loftus Road. We’d won 1-0 at Coventry a week earlier to move up three places to 13th in the Championship; Fulham were 15th in the Premier League and some way ahead of the bottom three and they had some outstanding players.

Embed from Getty Images
For the game at Loftus Road, Stan Ternent surprised everyone by dropping both Nik Michopoulos and Robbie Blake; replacing them with Marlon Beresford and Lee Briscoe. He played Paul Cook in a holding position just ahead of the back four in what was a 4-1-4-1 formation.

It ended in a 1-1 draw and we deserved nothing less with both goals coming in the first half. Alan Moore scored early to give us the lead and send the Burnley fans, many wearing masks brought about by Fulham’s Facundo Sava having produced one having scored in a recent game, into raptures. He got between their two central defenders before slotting home past Maik Taylor.

Hesitant central defenders? There were none at the other end where both Drissa Diallo and Ian Cox were outstanding and we were beaten just once, right on half time, when Steed Malbranque spectacularly volleyed home.

Ten days later came the replay when the only disappointment was the attendance of just over eleven and a half thousand.

Embed from Getty Images
We were superb. Gareth Taylor and Ian Moore both scored in the first half to send us in 2-0 up. Any fears of a response were quickly removed after the break. Firstly they had Sean Davis rightly sent off and almost immediately Diallo scored his first Burnley goal.

We were through to the sixth round and a date with Watford at Vicarage Road. Taylor said after the game that all our efforts would be wasted if we didn’t go there and play well. We didn’t, but that’s another story.

The replay teams were;