Former Burnley under-18 and under-23 defender has recently been on loan at National League club Solihull Moors and yesterday made the move from Mansfield Town a permanent one having become a regular in the Moors’ first team.

Clarke came through the youth team at Burnley and then onto the under-23s, playing in the centre of defence or at right-back. 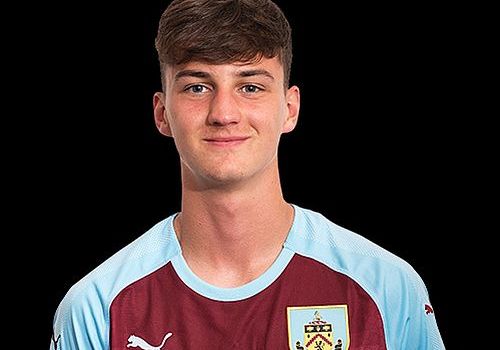 He left the Clarets at the end of the 2018/19 season having played his final game in the Lancashire Senior Cup Final against Blackburn at Leyland after which he signed for Mansfield for whom he has played since.

A first team debut soon came. Having come on as a late substitute in a home defeat against Leyton Orient, he played the full game in a 0-0 home draw against Stevenage on 24th August 2019.

When he lined up for Mansfield in a League Two game at Exeter in October of last year, he probably couldn’t have imagined it would be his final league game for them, but a month later he was in the Solihull Moors team playing against Grimsby in the National League.

He’d gone initially on loan for a month during November but that was extended until the end of the season. Now first choice, he made the move permanent yesterday on a deal until the end of the 2023/24 season, leaving Mansfield after playing 27 first team games for them.

He’s already made nineteen appearances for Solihull during which, playing at right-back, he’s helped his new team to keep eleven clean sheets and manager Neal Ardley said: “James has been unbelievable. He’s got great fitness, a great engine and the way he’s fitted in and combined with Ryan Barnett and the other players down his side of the pitch has been pretty impressive.

“We’re delighted to have him here and look forward to developing him as one our own now. He’s a young talent and if you look around the squad, we’ve got that balance of experience as well as the young ones. We’ve got these young players who everyone’s looking at and that’s only good for us and for them.”

Clarke said, after penning the deal: “I felt at home as soon as I arrived here. It’s a big move for me and my family. In terms of my career, it’s a massive step for me. Becoming a first team player and being know as a first team player is something I’ve always wanted to do. If I can just kick on with this club and get us where we deserve to be, which is in the EFL, then that’ll be amazing.”

He seems to have settled into the right-back position now, a position he was moved to while playing for Michael Duff at Burnley.

Up the Clarets wish him all the very best at Solihull Moors.