Phillips goes back to Morecambe 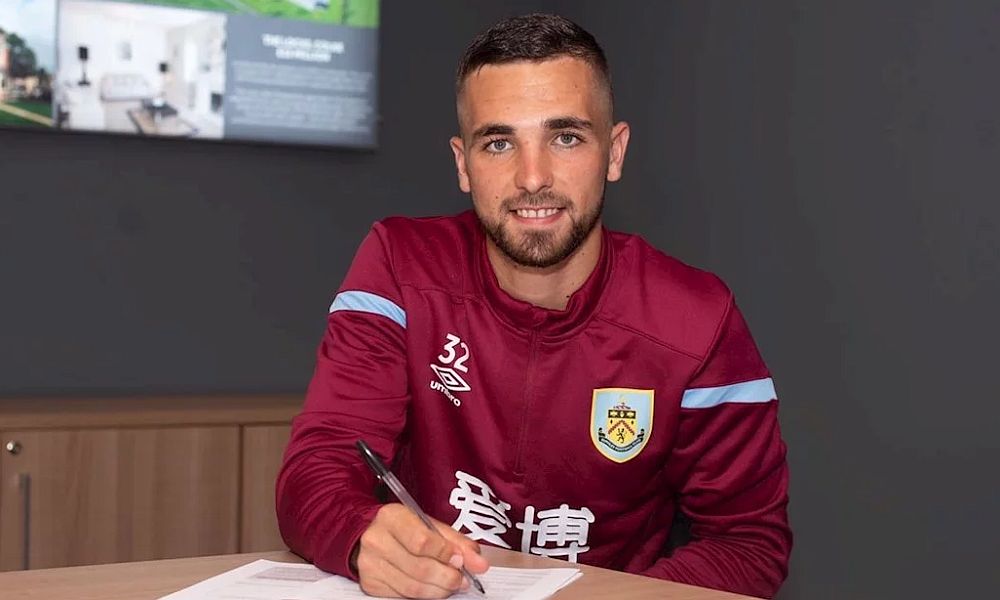 Adam Phillips, who has already enjoyed two loans at Morecambe has returned again on a season long loan immediately after penning a new deal at Burnley.

The new deal is for the 2021/22 season with us having a further year’s option, but he will spend that year in League One with newly promoted Morecambe.

Having completed the move, Phillips said: “I’m absolutely delighted to be back. Obviously I know the club really well, it’s going to be a great test this year in League One. I think the manager has put a great team together, it looks like he’s signed some strong players, there’ll be a lot of good games in the league, playing against the big teams which will be good for the fans, I’m looking forward to it.”

Phillips spent the first half of last season at Morecambe before moving to Accrington and he added: “I knew from when I did leave that the team would push on and I knew they’d be there or thereabouts in the play-offs and I was really happy for them that they got promoted in the end.

“It’s been a long time coming, as soon as I got the phone call from the gaffer, I was just so excited and I wanted to come back immediately, I turned down a lot of other clubs to come here, Morecambe has a place in my heart and ever since I knew they were interested I was excited to come back.”

New manager Stephen Robinson was made well aware of Phillips’ performances last season and he said: “He is someone I’ve looked at for a wee while now, obviously he was very successful here last year in League Two. He provides that quality, he’s got a range of passing and he scores goals, and we’re going to need goals to make sure we stay in this division.

“There’s real fighting competition for places, I don’t take anybody on loan that have to be guaranteed to play but sometimes when you have lots of quality in the building, then it raises everybody’s standards and Adam’s certainly one of those boys.”

With his experience in League One with Accrington, Robinson added: “You can’t have too many of those boys with us, there is a step up in standard and quality, especially at that top end of the pitch. To get a midfielder that scores goals, we’ve already got Wildig, McCalmont’s got a record of goals and now Adam’s got a record of goals as well so it gives us plenty of choices, a headache for myself but that’s what you need at this level.”