Pope thanks supporters for Beeky Award 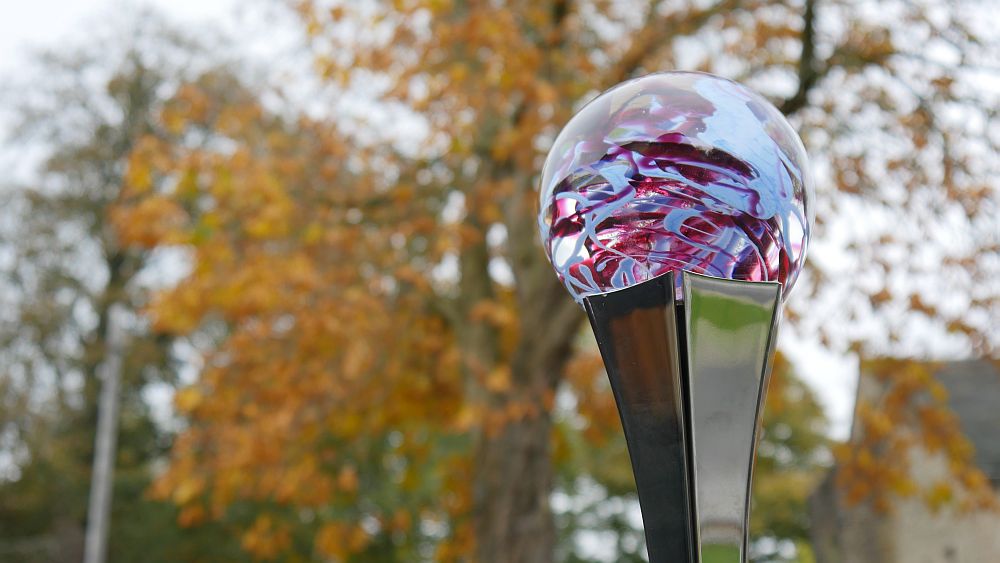 It’s been a special day today for Burnley FC Supporters Groups although the award of our player of the year trophy has been somewhat different than we ever envisaged.

Plans were already underway for our big event of the year, to be held in May, when we suffered the worst news possible with the loss of Alan Beecroft in January. Alan had been diagnosed with motor neurone disease almost two years earlier and had finally lost his battle against this most cruel of illnesses on 17th January.

The decision was immediately taken to rename our main award ‘The Alan Beecroft Player of the Year (The Beeky)’, little knowing that all our plans were to be drastically changed because of the pandemic . We still wanted to go ahead with this one award even though the event was cancelled.

Alan would have been very pleased that we asked Glasform to produce our specially commissioned trophy and I’m sure he’d have had a word or two to say about us choosing his wife Georgina to represent us today at Gawthorpe to present the award, socially distanced, to our England goalkeeper Nick Pope. 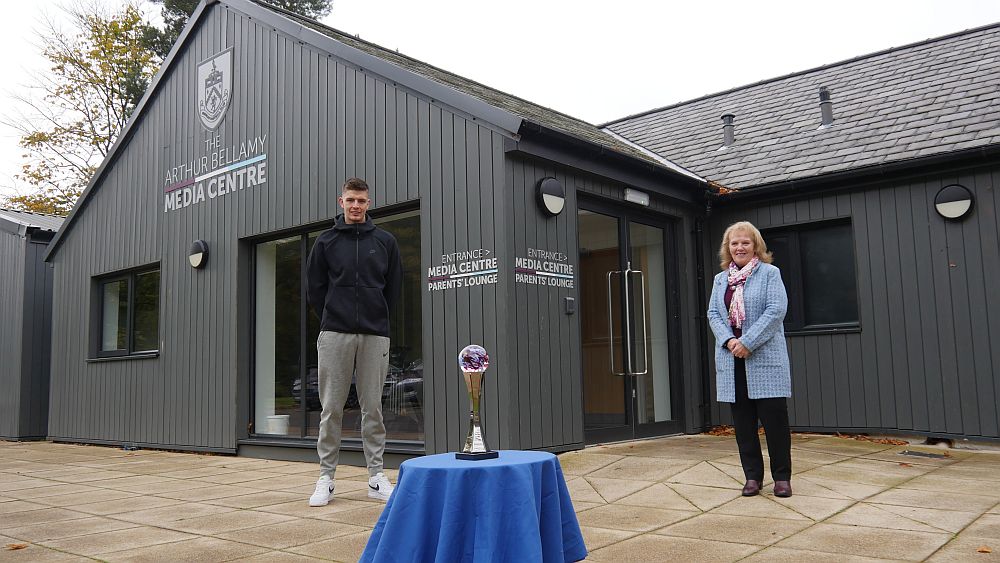 On receiving the award, Pope said: “I’d like to thank the supporters for this award, which I know has extra significance this year in being named for the first time in memory of such a big fan in Alan Beecroft. It always means a lot to receive an award from the supporters, who watch us week-in, week-out to make their choices.

“Last season was a successful one for all of us with a top-10 finish and, personally, I was delighted with how it went to finish with 15 clean sheets. One more would have been nice!

“I was lucky enough to receive a couple of other awards at the end of the season, from my team-mates and through the club, and to add this one from yourselves as independent supporter groups is equally valued.

“It’s a shame that we were unable to share the usual presentation night with you as a team due to the lockdown and we continue to miss you at Turf Moor. I know it’s tough for you not to be able to come to games and we certainly feel it not having you inside the ground to get behind us. We hope it won’t be too long before that changes, but we do appreciate the fact you are still supporting the team and hope you all stay healthy ahead of a return.” 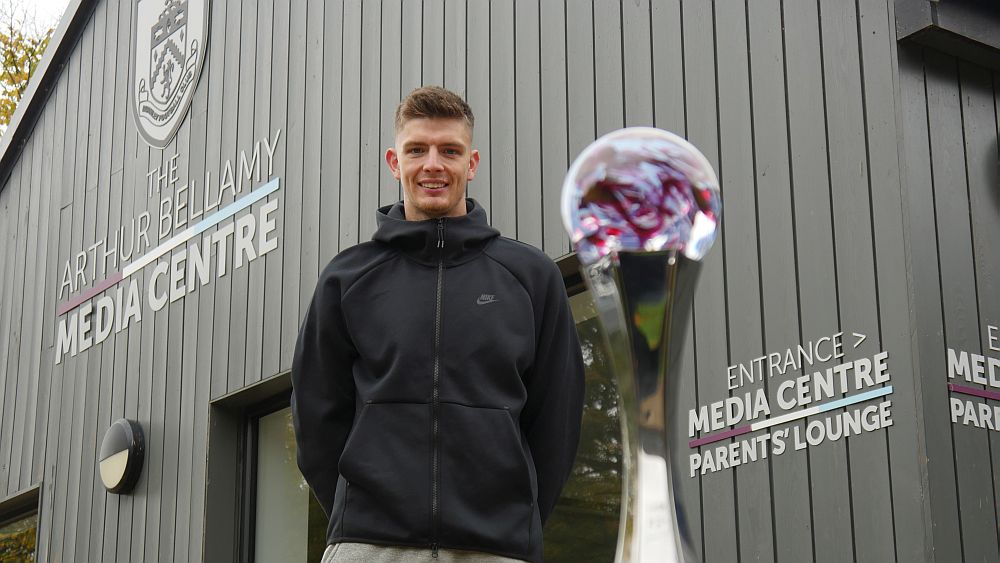 Had this been a normal world, we would have invited the Beecroft family to our evening to present the award and hope we will be able to do that come the end of this season. We would, however, like to thank Georgina for today.

We would also like to thank Karen and John Ditchfield at Glasform. The trophy they produced for us was beyond anything we could have wished for. And our thanks to Matt Williams and Pete Oliver at Burnley Football Club without whom today’s presentation couldn’t have gone ahead.

Finally, our congratulations to our England goalkeeper Nick Pope on winning the first ever Beeky. 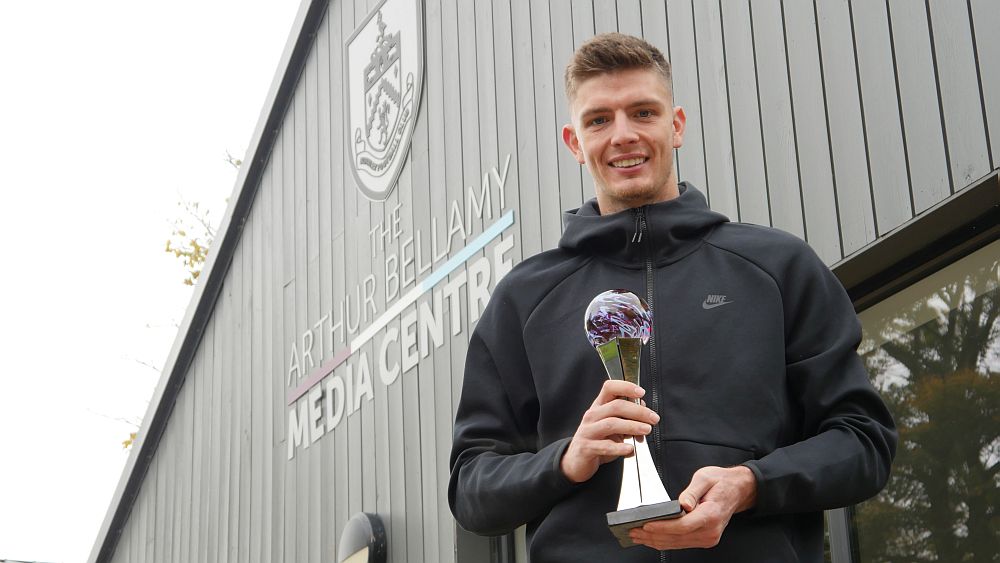