Following the confirmation this evening that Dale Stephens had signed a two year deal with the Clarets, Graham Potter, his manager at Brighton for the last year has spoken about the midfielder.

He said: “He has been a fantastic servant for this club. I think in the modern day to have that period of time at a club says a lot about him, promotion, stabilising in the Premier League he has been wonderful for the club. He should be proud and I’m sure he is proud of what he has achieved with us. 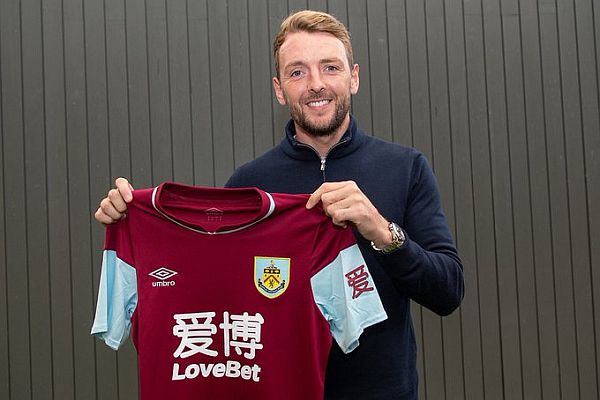 “On a personal note the last year that I have worked with him he has been a joy to work with, professional, hard working, honest and I have really enjoyed working with him. It just got to the stage like always sometimes in football, that you make a decision and I think the opportunity to get maybe a longer term deal for Dale was good for him and probably at the right time for the club.

“I think when a player is coming to that age and has that opportunity it is hard to stand in their way. It was a good opportunity for him, we wish him well. He is welcome back here any time as he is a top guy.”

Meanwhile, Stephens has spoken to his new club on completing the move. “I’m very happy,” he told the official Burnley website. It’s probably taken a few more years than expected but I’m happy to get it over the line this week and finally become a Burnley player.

“I’ve been away from the North West for a while. It’s nice to come back to where the family resides as well, but most importantly I’m coming back to a Premier League football club that’s done well in recent years in this league and I’m excited for that challenge.

“I have played against this squad and this team a lot in recent years, so I know the strengths of the club and that’s what’s excited me, to come in and buy into the gaffer’s ideas and the way he works, which is a good pull for me.

“The club finished 10th last year, which is not easy to do. It won’t be easy to get higher than that in the league, but it’s got to be an aim. If you’re not improving, you’re going backwards. I’m sure the club as a whole wants to become better and that’s something I want to be part of.

“What I will say, is that I’m probably a better player now than when Burnley tried to sign me initially, with the experience I’ve had over the last three years. I’ve probably learned a lot playing in this division for the last few years. Individually, I want to play as many games as I can at as a high a level as possible and, collectively, help us improve as a team and finish as high as we can in the Premier League.”

« Stephens is finally a Claret
Manchester City are next cup opponents »