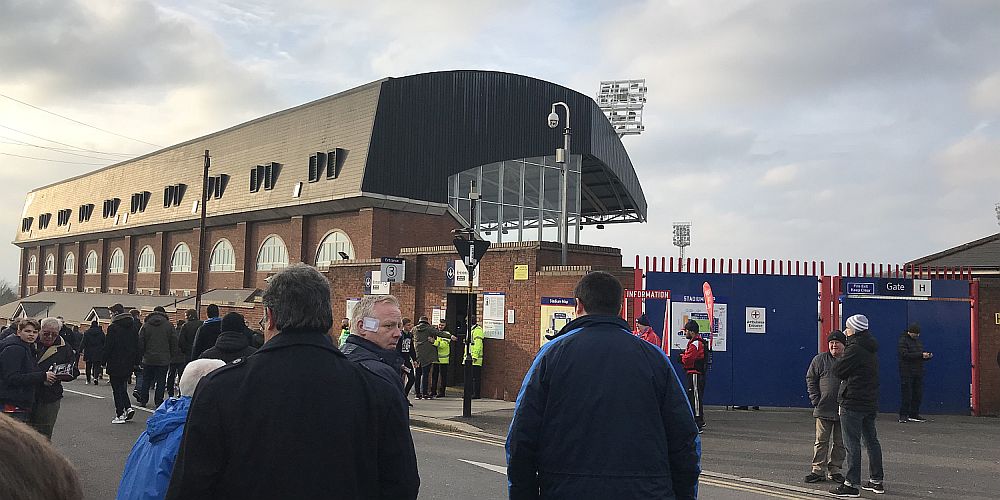 In 1914, Burnley beat Liverpool 1-0 at Crystal Palace to win the FA Cup. Last night’s win against Crystal Palace by the same score might not have been anything like as significant but was very much a magnificent result against all the odds.

That’s nine players (and that is without mention of Ben Gibson) who, before the enforced break, would have all expected to be in the match day squad yet here we were, taking on a tough Palace side, without the lot of them, leaving us with just seven substitutes which included two goalkeepers and only one player, Kevin Long, who has played in our first team bar the couple of minutes young Max Thompson got last week at Manchester City.

It didn’t look promising ahead of kick off, even worse when Palace’s talisman Wilfried Zaha was passed fit, but this Burnley team of ours don’t go under so easily and once again we saw an outstanding performance that moved us up to eighth in the table.

The only goal of the game, our 100th away from home in the Premier League, was scored by captain Ben Mee. Just seven days earlier, looking shaken, he’d emotionally stood in front of the television cameras to speak against the plane incident at the Etihad. One week on, and on his 300th league appearance for the club, I don’t think I could have chosen a more fitting player to have scored the winning goal.

Embed from Getty Images
I mentioned the coach trip for the players, something that was mentioned during the excellent coverage on Amazon Prime. They won’t be used to that but it’s something I’ve done on a number of occasions going to Selhurst Park and vowed never to do again. It has to be just about the most difficult ground in England to get to by road; thankfully it is well served by rail with three stations within easy walking distance.

We knew none of the previously injured players would be back; we suspected Jay Rodriguez might not make it but we were very thankful that Phil Bardsley had signed that new deal when news filtered through that Matt Lowton had also been ruled out. Bardsley for Lowton was a straight swap at right back; Erik Pieters for Jay Rod would have been a shock had he not replaced him as a substitute in the previous two games. On the bench, it was back down to seven with no one available to replace the two who had stepped up into the starting eleven.

That left us with the unlikely front two of Matěj Vydra and Dwight McNeil, with McNeil playing behind Vydra in a 4-4-1-1 formation and in the first half in particular it worked a treat. If there can be any criticism of how we played up to the half time interval it can only be the fact that we didn’t score a goal.

We never looked in any trouble at the back, ahead of that we were in total control in midfield and I have to make special mention here of Josh Brownhill. It was hard to believe at times that this was just his third Premier League game. McNeil was simply outstanding while Vydra gave the Palace defence plenty to think about.

Twice McNeil came close to opening the scoring, even Pieters got in a shot, of sorts. We put the Palace defence under some real pressure with delightful deliveries into the box but the closest we came was when Patrick van Aanholt cleared a ball from close to his line.

Embed from Getty Images
Four days earlier we’d dominated the first half against Watford without scoring and we’d done it again here. Watford gave it a real go early in the second half and while Palace stepped up a gear or two I never really felt they put us under too much pressure during the early stages of the second half.

Just a few minutes into the second half things should have got more difficult for Palace when Jordan Ayew’s arm, quite deliberately, found its way into Brownhill’s face. Quite how referee Simon Hooper, who had a good view, saw nothing is hard to belief; that VAR man Graham Scott saw nothing was simply beyond belief. Ayew should have been leaving the field with a red card to his name, as simple as that.

Hooper had shown no cards up to this point in the game but he soon put that right with a yellow for James Tarkowski, another nonsense of a decision in my view.

But the big moment was to come just past the hour. We won a free kick in the Palace half for a foul on McNeil. Ashley Westwood took it and found Mee, somewhere around the penalty spot, who scored with a superb diving header. Vicente Guaita got a hand to it but couldn’t prevent it going in. Mee celebrated by cradling his arms, with news following that his daughter Olive Grace was born six weeks ago, sixteen weeks prematurely.

We knew that Palace would come back at us and they did. It was made more difficult when Jack Cork was forced off with injury; Kevin Long replaced him as we went five at the back. There was some real justice when Ayew, who should have been nowhere near the pitch, failed to find the target with their best opportunity while there was a worrying moment when the ball run loose after Nick Pope had blocked it.

Embed from Getty Images
At times in the last few minutes you wondered just how many times they would get the ball into our box but we were brilliant defensively, doing all the things this Burnley team are so good at. We got blocks in when needed, one of them was outstanding from Long.

Eventually Hooper blew his final whistle to signal another win, a fifth on the road this season and a 13th in total, just one less than we secured in the whole of the 2017/18 season.

From my point of view, it might not have been a Wednesday night at Old Trafford when we won 2-0 back in January, but, make no mistake, this was a very special win courtesy of a group of players who give us absolutely everything.

It’s taken us up to eighth in the table for now but of more significance is that it has taken us to 45 points which is a remarkable total with 21 of those points won in the last ten games.

I hope the journey home was a good one and I hope our medical staff are working hard because we are sure as hell going to need some of those injured players back sooner rather than later, but for now we can be so proud of yet another wonderful away performance.