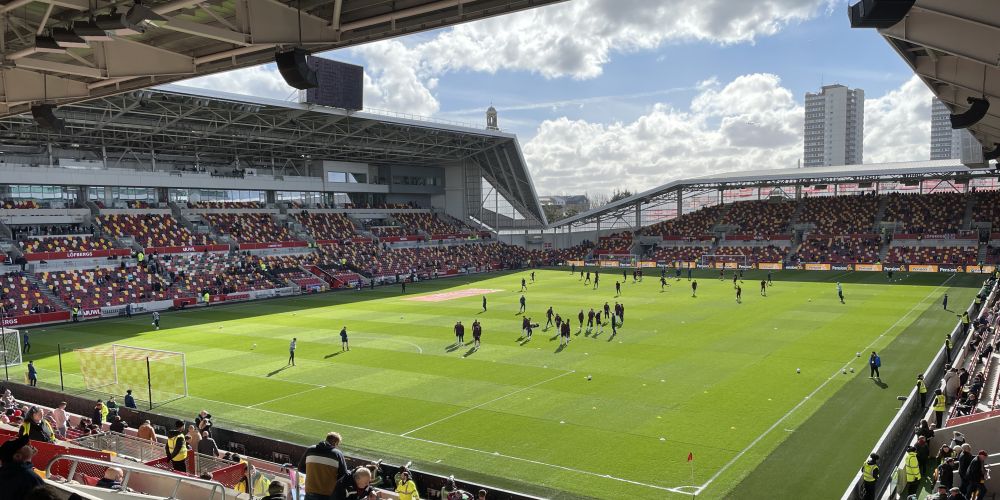 Burnley went down to a 2-0 defeat at Brentford with the two goals coming in the latter part of the game, once again costing us as it has done twice already in 2022, at Leeds United and more recently at home against Leicester City.

This fixture, for some time, had been billed as hugely important. Needing to get ahead of teams above us, Brentford were sliding like a stone, a slide that was arrested last week when they won at Norwich. The Premier League newcomers had been looking more and more ill equipped for this level of football but the win yesterday, added to the victory at Norwich, has taken them close to avoiding the drop while leaving us struggling even more to get out of our current situation.

Looking back, this really was not a game we should have lost against a Brentford side that looked as poor as any we’ve played against this season but, again, an inability to take chances has cost us to end a week that had given us all a big lift with Everton, last Monday, then Leeds, Watford and Norwich, three days later, all recording defeats.

It was around 8 a.m. that we left Burnley by road as I prepared for my first away game since the draw at Arsenal in January. A short breakfast stop and a change of plans, due to the London Underground issues, saw us finally arrive at the strangest of grounds over half an hour before kick off.

Embed from Getty Images
I have to say, I don’t like the place at all. It looks like a set of mismatched stands squeezed into a small area between some buildings and it is badly designed for some fans with access to our seats up a short flight of stairs wide enough really for just one person although, to be fair, once at my standing area, the view was decent from right in the corner.

The Burnley team was announced with just the one change from that which had fallen to the big defeat against Chelsea with Maxwel Cornet returning at the expense of Jay Rodriguez. I’d predicted that line up in the preview but I was surprised, once again, to see no place for Jack Cork. With a number of injuries remaining, particularly to Erik Pieters and Ben Mee, the team otherwise all but picked itself.

Brentford play in red and white striped shirts, black shorts and black socks. Our colours are claret and blue which clearly offers no clash so quite why we had to play in that third kit, which required a change of socks, goodness knows. I know some don’t mind, but I always think we should be playing in our club colours whenever we can.

The game was described as one lacking quality by the Match of the Day pundits. They were probably right but it was a game where both teams did have opportunities. I thought we were the better of the two sides in the first half, we won a whole series of corners, but there was always the concern that they did look capable of scoring when they did get forward.

Embed from Getty Images
They blazed one effort over the bar but Nick Pope saved well to deny Christian Eriksen at the expense of a corner. Eriksen went to take the corner himself right in front of the Burnley fans and it was good to see and hear the applause from the Clarets for a player I don’t think any of us thought we’d ever see play football again.

Brentford came closest to a goal almost on half time when Bryan Mbeumo, who had repeatedly been given too much room down their right, got in an angled shot. Thankfully, James Tarkowski, who was in excellent form on his first game back at Brentford, was able to get to it and clear from almost off the line as it looked to be heading in after passing Pope.

For all our play, we didn’t create too much but we did have chances. Josh Brownhill saw a free kick go wide and Dwight McNeil played in Cornet on the left hand side of the box only for his left foot shot to go wide.

There were moments when David Raya flapped at balls but the former Blackburn goalkeeper got away with them all and, somewhat surprisingly, no reference to his former club from the Burnley supporters.

Embed from Getty Images
The best chance though fell to McNeil. It’s exactly a year since he scored his last goal, the stunner at Everton, but Ashley Westwood found him unmarked in the box but he fell to his knees and his header was baffling.

We needed more in the second half but, generally, it was more of the same. Pope was caught hopelessly out of position from one cross which was, thankfully, headed over. Other than that, for the most part, I was never concerned that Brentford might score.

Our best chance came via a poor Rico Henry back pass. Cornet got in but couldn’t get enough on the shot and Raya was able to keep it out. Rodriguez, for Wout Weghorst, was our only change during the game and he was so, so close to winning the game for us. He headed down a ball played up to him which took him wide. He stepped inside and from at least 35 yards out hit a stunning shot that dipped and cannoned back into play off the bar.

We were an inch or so from going in front, probably an inch or so from winning it, but we still needed a goal and we had a spell when Brentford looked all but certain to concede so much pressure did we put on them. We couldn’t find a goal and as we moved into the last ten minutes I did think that a draw wouldn’t be a disaster, as much as we needed a win.

Embed from Getty Images
Then disaster struck. Eriksen received the ball on the left; Ivan Toney got free from defenders to head home the cross and with just over five minutes of normal time remaining we were behind. We offered no response whatsoever to be honest, the game was up, and to rub things in, Brentford got a second.

When their player went down in our box under a challenge from Nathan Collins, the shocking referee Paul Tierney, who has now presided over key defeats at Newcastle, Leeds and Brentford, went to his pocket. He very clearly did not point to the penalty spot so I assumed he was carding the Brentford player for simulation. Out came the red, Collins was off and Toney scored his and Brentford’s second from the spot after a delay while Lee Mason confirmed the decision and, in fairness, there was no reason not to.

Soon afterwards, the final whistle blew. Our run of three consecutive away games without defeat, which started at Arsenal in January, was over and this, for a first time this season, was a third consecutive league defeat having lost the two at home against Leicester and Chelsea.

There was no anger in the away end as we trooped out. The heads were down, we knew this was a game we simply couldn’t lose but one we had lost when we really shouldn’t have done. All the good work done elsewhere during the week on our behalf by others, had been wasted.

Embed from Getty Images
There is absolutely no doubt, with eleven games remaining, we are in serious trouble and with no game now for three weeks, goodness knows where we’ll be by the time we kick off again with the most difficult of fixtures against Manchester City.

We will have to do so without Collins who will now serve a one match ban having become the first Burnley player to be sent off since Robbie Brady at Huddersfield in January 2019. The penalty he conceded was also the first one awarded against us in the Premier League since the ridiculous one given against Pope at Leeds in December 2020.

It’s a long way home when you’ve been beaten but it was a reasonably quick getaway from our hastily discovered parking spot with Warwick the destination for refreshments at a canal side pub on the way home. It was another excellent choice too although this potentially damaging defeat was still on our minds as we rolled back into Burnley after 11 p.m.

And things have worsened this afternoon. Although Everton have been beaten at home by Wolves, both Leeds and Watford have recorded wins. Leeds have beaten bottom club Norwich at home while Watford have surprisingly won at Southampton.