It was no secret that manager Jimmy Adamson and star player Dave Thomas were at odds, but it came as a massive shock to supporters when the club revealed that the player had been sold, not to Leeds United or any other First Division club, but to Second Division promotion rivals Queens Park Rangers in a £165,000 transfer. 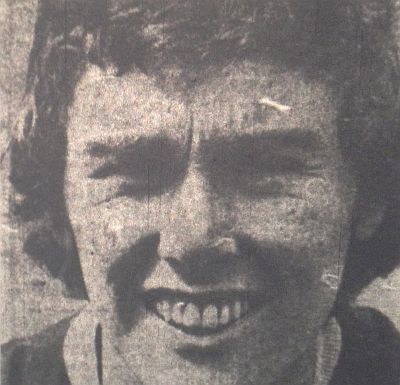 Thomas was on the transfer list. Adamson had avoided playing him at times, but he’d been back in the team and playing superbly well as Burnley remained unbeaten in the league in mid-October. He’d missed the previous two games, wins against Swindon at home and Sheffield Wednesday at Hillsborough, through suspension after collecting three bookings, but was expected to be back in the side for the visit of Cardiff three days later.

There were strong rumours that First Division Leeds wanted him. Their manager Don Revie had never made a secret of his admiration for him, but when the news broke it was to a team who were just two places and three points behind us. The fee was the second highest ever received by Burnley. Only the sale of Ralph Coates to Spurs in 1971 at £190,000 was higher, but the fans, particularly after such a good start to the season in which Thomas had been outstanding, were angry at the news.

Manager Adamson, defending the transfer, said: “Thomas has been unhappy for a while, I blame the system and one or two managers who have made comments which have unsettled him. One manager in particular described Thomas as the best young player in Europe, yet this club never made an offer for him. When players hear such remarks they expect to go to one of the top clubs for a very big fee, and collect their five per cent share. This is bound to unsettle them.”

The manager in question was clearly Revie, and in what was another swipe at Leeds, Adamson added: “The deal was carried out in the proper manner. If all transfers were conducted in the same spirit football would be a lot better for it.” He had no misgivings at the sale. “They were the only club to come in for him and their offer was good enough so we accepted it,” Adamson said.

As Thomas said his goodbyes and prepared for a QPR debut, Burnley Express sports editor Peter Higgs wrote: “In an age when so many uninspiring footballers are praised as players’ players, Dave Thomas stands out as a fans’ player. His exciting skills make him the sort of footballer that supporters up and down the country like to watch. Critics of Thomas accuse him of lacking stamina; of not working hard enough; of often being ineffective. It’s almost certainly true that had Dave Thomas been born 20 years earlier he would have been an even greater player than he is now. When words like ‘workrate’ and ‘professionalism’ were unheard of Thomas would have been able to play his natural game and would in all probability have run riot.

“It is his ability to beat a full back and cross the ball accurately that make him such a formidable opponent. The modern game demands that all players should be able to harass and tackle and be involved in the game at every possible opportunity. This is particularly true of the midfield players, where Thomas has played the majority of his games under Adamson. HIs attacking prowess in this role is undoubted but he is not the greatest ball winner in the world.”

QPR manager Gordon Jago believed that Thomas was a modern day player but that to get the best from him he would be employed in a wide position rather than the midfield role he’d been forced to play at Burnley. There was absolutely no doubt that Thomas, still aged just 21 and with a potential international career in front of him, would be missed by Burnley with many fans suggesting any promotion hopes might just have ended with his sale.