Rooney at the double as youths win opener 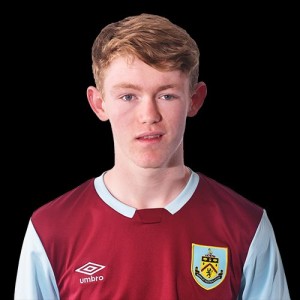 Burnley have made a good start in the U18 Premier League, beating Stoke City this lunchtime 3-1 in what is our first ever game in this league.

Defender Rooney (pictured) opened the scoring seven minutes before half time with a header following a free kick and then, virtually on half time, added a second, this time a header from a corner.

Things got even better in the second half when Joe McGlynn added a third with a good finish before the hour and the only disappointment was seeing Stoke pull one back through Tom Sparrow with just over ten minutes remaining.

But, without any doubt, this was a good start to the season for Tony Philliskirk’s team which started the game with seven second year and four first year scholars.