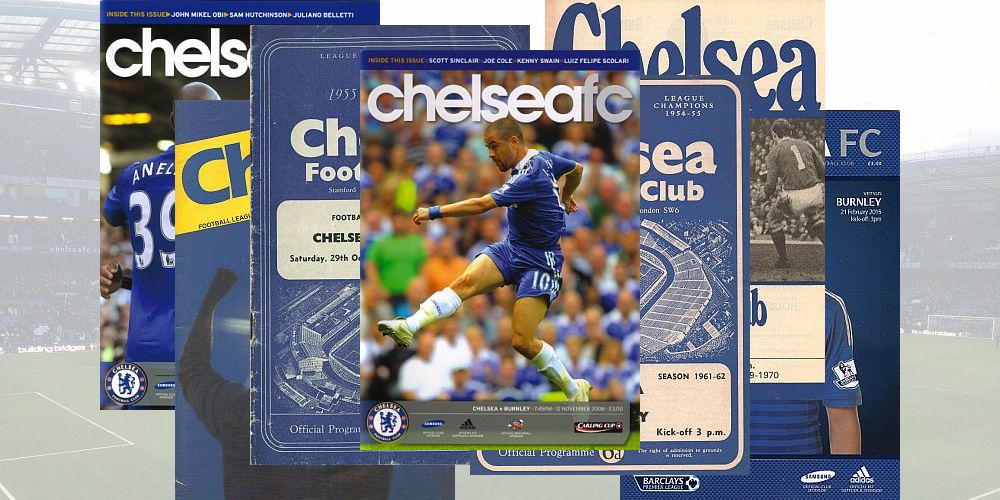 Today will see us line up against Chelsea for the seventh time at Stamford Bridge in a Premier League game and a look at the touchline will show one huge difference between the two clubs.

Yes, we know they have won the Premier League five times, more than any club other than Manchester United and we know they are one of the wealthiest clubs in the country. They don’t run their club the way we run ours.

Owen Coyle was in our technical area for our first visit in the Premier League back in 2009. Since, it has been Sean Dyche and we all remember his animated march towards us at the end of the game in 2017/18 after our 3-2 win. Antonio Conté was the Chelsea manager that day, as he’d been in the previous season but he’s the only one to have taken charge of two games there against us. For the other four games we’ve come up against current Everton boss Carlo Ancelotti, Jose Mourinho, who is now at Spurs, Maurizio Sarri and last season Frank Lampard. Today it will be former Mainz, Borussia Dortmund and PSG boss Thomas Tuchel who will be in charge of them for the second time.

This morning I was listening to our new chairman Alan Pace singing the praises of Dyche and stressing just how important longevity and continuity is. That works at Burnley and other clubs while Chelsea react very quickly when things appear not to be working quite as well as they should be.

No matter who is in charge, this will be another tough away trip, every bit as tough as the last one against Liverpool and with that in mind I was sure this would be the first time we will have played successive away games against teams with German managers, that was until I realised the final two away games of last season were against Jürgen Klopp’s Liverpool and Daniel Farke’s Norwich.

We do go there on the back of a good week having followed that Liverpool win up with victory in the FA Cup at Fulham a week ago and then the fantastic comeback against Aston Villa in midweek.

It’s seen us reach the fifth round of the cup for only the second time in the last ten years while it’s lifted us to fifteenth in the Premier League table and, following the draw yesterday between West Brom and Fulham, some eight points clear of the bottom three.

One of the highlights of the Villa win was the return to form of Dwight McNeil. He scored our second goal, somewhat fortuitously, and then played in the wonderful ball from the left for Chris Wood to brilliantly head home the winner.

Embed from Getty Images
He admitted: “It’s been frustrating for me this season not impacting games as much as I’d like,” he said. “But the other night, getting a goal and an assist, has given me that extra bit of confidence and I’m happy for Woody to have got another goal.”

Looking forward to today’s game, he added: “We know it will be a hard game. They’ve got a new manager and it will be like a fresh start for them, especially going into the second half of the season, but we’ve got to focus on ourselves. We’ve won at hard grounds before, so we’ve got that confidence going into it.”

So much has been expected of him that we seem to forget he’s only 21. He’s played game after game but recently was forced to miss some with an injury and he’s looked so much more refreshed and on his game since he came back.

He will line up on the left hand side today with Sean Dyche assessing the fitness of three players. Charlie Taylor and Ashley Barnes both missed the Villa game while Josh Brownhill was withdrawn at half time with an injury that has thankfully proved not to be serious.

Sean Dyche did say that he was now been possibly over cautious with injuries given the number we’ve had this season so it would be no surprise if all of them were left out tomorrow, particularly with a hectic schedule in front of us. That would see Jack Cork get his first league start since last June.

Did I suggest Chelsea and ourselves aren’t run in a similar way? Could you imagine that we could ever be top of the league in one month, have a slip for a few weeks and sack the manager? On 5th December, after beating Leeds, Chelsea sat top of the Premier League. It might only have been for a day but they were top.

What followed was a run of eight games that yielded only seven points, the only victories coming at home against West Ham and at Fulham. A week ago today they beat Luton to go through to the fifth round of the FA Cup but the axe was about to fall on yet another manager with Lampard departing. It wasn’t a rush decision, Tuchel was in before they could even get Lampard’s name off the manager’s office door.

It seems a long time ago now, although one of the more recent away games that we were able to attend and the last time I travelled to see us play away and come back with a defeat.

We were beaten 3-0 courtesy of a Jorginho penalty and further goals from Tammy Abraham and Callum Hudson-Odoi but it was a day when VAR turned on us with some very strange decisions, ruling out a Jeff Hendrick goal, wrongly, for offside at 0-0 and then incredibly allowing a farcical Chelsea penalty and a clearly offside second.

Embed from Getty Images
There was some real concern among fans after this defeat. It was our fourth in succession and while we held the comfortable position of 15th after 22 games the worries were the upcoming fixtures that would now see us play Leicester, Manchester United and Arsenal.