Search for the goal of the season 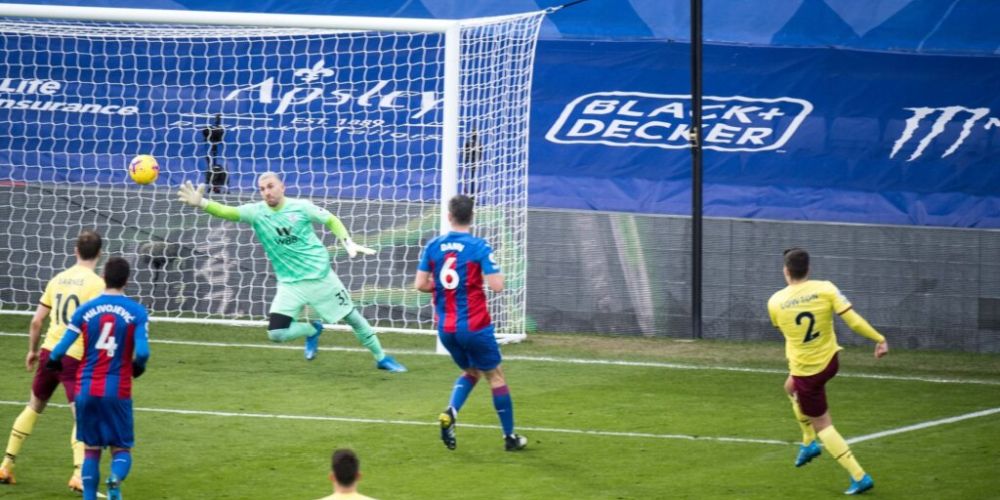 James Tarkowski has become the Up the Clarets Player of the Year for a fourth successive season but who will join Jeff Hendrick, Steven Defour, Jay Rodriguez and Matt Lowton (pictured above) from previous seasons in claiming our goal of the season.

We’ve selected eleven goals for you to choose from, starting at Leicester with Maxwel Cornet’s stunning right foot volley. I think it’s fair to say that Cornet features heavily in the early part of the season and the next three goals are all his, at Southampton, in the home game against Crystal Palace and finally, into the new year with his free kick against Leeds.

The remaining seven goals are scored by seven different players, starting with the one by Jay Rodriguez against Manchester United, the team he scored the 2019/20 goal of the season against. We’ve two goals from the game just over a week later at Brighton having included the opener from Wout Weghorst and the third scored by Aaron Lennon.

The final four goals came in the three successive wins in April. We’ve got the Connor Roberts goal against Southampton, Matěj Vydra’s winner against Wolves and the last two those late goals at Watford scored by Jack Cork and Josh Brownhill.

You have until the end of Friday to cast your vote which can be found below and, if viewing the desktop version of the site, on every page below the monthly archive link.