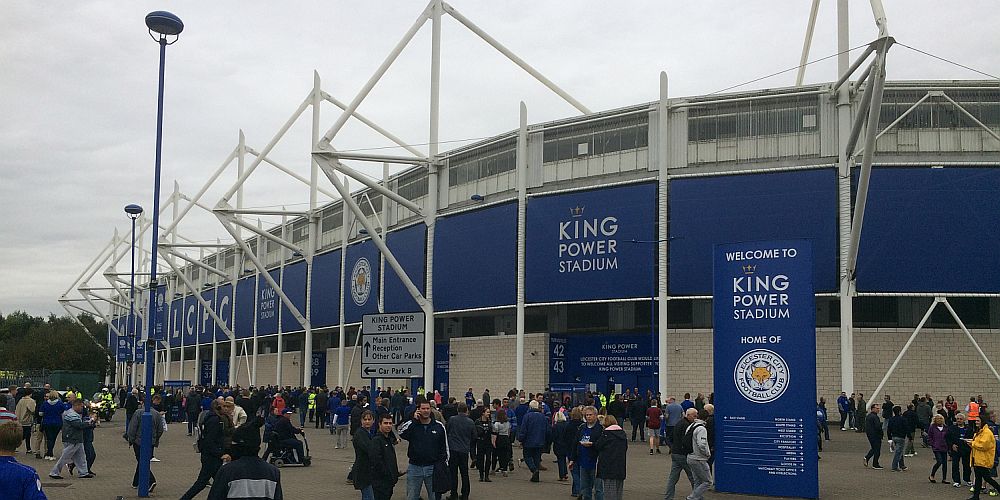 Despite going in front through last season’s leading goalscorer Chris Wood, and despite adding a second, scored by Premier League debutant Jimmy Dunne, we fell to a 4-2 defeat last night at the King Power Stadium against Leicester City.

It doesn’t look good does it conceding four in the first game? The last time that happened in the first match of the season was twelve years ago at Sheffield Wednesday when we were beaten 4-1. On that occasion we were quite simply second best to Brian Laws’ team but, although the scoreline doesn’t look good in terms of the goals conceded, there were plenty of positives to take from the performance.

And so the season starts as the other ended, with us all sat at home waiting for our game to come on television. No meeting your mates, no pick-ups in the car, no pub stop on the way and no chatting to fellow Burnley fans at the ground who you haven’t seen during the close season.

It’s good that we are playing, it’s giving us something to focus on, but we’ve lost so much from the match day experience although I think we all know that until such time as it is safe then we won’t be able to attend games and we must hope that, until the grounds are permitted to be full again, we can continue to see all the games from our own homes.

Embed from Getty Images
Ahead of the game we were awaiting the team news, and in particular whether James Tarkowski had made it. He hadn’t, and with no disrespect to either Kevin Long or Jimmy Dunne, it was a blow to have no Tarky there, even more so in Ben Mee’s continued absence. Other than that, the team was very much as I’d anticipated with Phil Bardsley, Dwight McNeil and Chris Wood all coming back in having been named on the bench for the League Cup game.

We were facing a Leicester side who had kicked off their season with a 3-0 win at West Brom and if the starting line up wasn’t as we’d like, with Jack Cork, Jόhann Berg Guðmundsson and Ashley Barnes also missing, we’d a very inexperienced bench with four of the seven never having played in the Premier League and one of them, Bobby Thomas, not even having played any first team football.

It all started better than we might have hoped too with Wood opening the scoring in just the tenth minute. It was a well taken goal too. He controlled a left wing cross from the impressive Charlie Taylor on his chest before striking a ball across Kasper Schmeichel into the bottom corner.

Unfortunately, we couldn’t keep that lead for too long, a further ten minutes to be exact. It was a bit of a mess but it looked as though we’d cut out the danger initially but they got the ball back to new signing Timothy Castagne who set up Harvey Barnes. Ayoze Pérez was trying to claim he’d got a touch, I’m not sure he did, Burnley were looking for an offside, there wasn’t.

Embed from Getty Images
I did think at the time that we probably needed to have held on to that lead for a while longer but we weathered the storm and although Leicester looked the more likely in the first half we were able to get through to half time level with our one other opportunity really  coming when Robbie Brady forced a save from Kasper Schmeichel. Brady, unfortunately, then suffered a recurrence of a rib injury and was forced off with Erik Pieters coming on just a few minutes before the break.

We weren’t level for long in the second half, however. There were just five minutes gone when a ball from Castagne was deflected into his own goal by Pieters. At 2-1 down it looked like there was a mountain to climb and that mountain became even steeper when James Justin made it three with just over an hour gone.

All credit to us though, we kept going and got back into things when Dunne added a goal to his first appearance, heading home a McNeil free kick from the left. Could we get level? We couldn’t and just a few minutes later Dennis Praet scored their fourth. Maybe we didn’t close him down quickly enough but it was still an outstanding strike from the Belgian.

The game was over now, certainly in terms of the points, but Wood, who had scored the opener and maybe could have had a second, got himself a third opportunity when Matěj Vydra, who had come on for Jay Rodriguez, set him up but he saw his shot come back off the post.

Embed from Getty Images
And so, the new league season has started with a defeat and four goals against but it would be so harsh and unfair to criticise the players who probably did, overall, as well as we could have expected. We created enough opportunities and we did score two of them, often that would be more than enough for us to win away from home but on this occasion, against a Leicester side who played really well in attack, it proved not to be.

What we did see from our players was a real willingness to give everything they had for us and the manager. That must be applauded, and more so right now at a time when we are desperately short of fit players.

It’s been horrible seeing our club put through the mill in the national media but it is blatantly obvious all is not well right now at Turf Moor. That was very much not the case last night so we can only applaud those 13 players involved last night for giving us as much as they possibly could.

We move on now to Millwall in the cup before returning home next Saturday for a home game against Southampton. Let’s just hope there is some good news in terms of player availability by then, it is so desperately needed.