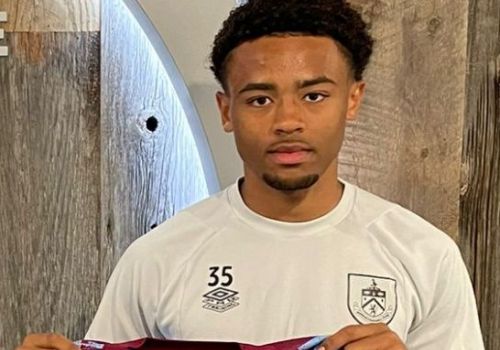 Aged 19, he was with the first team squad last week in Portugal on trial and has now made his move a permanent one. He’s previously been with both Liverpool and Derby and has played at both full back and as a winger.

Thompson was born in Worcester and said on completing his Turf Moor move. “I’m really pleased to have signed here, I’m just pleased that Burnley have given me this opportunity. I’m looking forward to getting my head down and showing everyone what I can do.

“Last week was such a good experience with the first team in Lisbon, seeing what they do on and off the pitch, I learnt so much The staff and players have been so welcoming since I arrived on trial and it just feels like the right place to be for me.

Thompson left Derby, his most recent club, at the end of January of this year as the Midlands club cut costs during a financial crisis.

We wish him well at Turf Moor.