Seith to leave after his transfer request is accepted

Despite the win at Nottingham Forest, and Burnley still in the hunt for the title, the club was rocked on this day in 1960 when wing half Bobby Seith, who was a regular in the team at right-half, handed in a transfer request.

Prior to the win at Forest, Seith had played in 27 of Burnley’s 34 league games during the 1959/60 season and the only games he’d missed were because of injury. But a mistake in the home draw against Sheffield Wednesday saw him dropped from the team to play Forest with Tommy Cummings returning at centre-half and Jimmy Adamson moving to right-half. 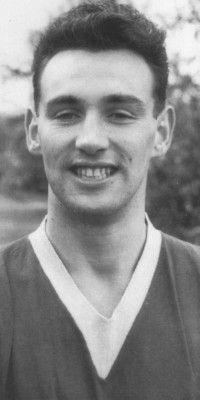 It was a surprise decision by manager Mr Harry Potts, and a decision that ultimately meant Seith had played his last game for Burnley. Having been dropped he wasn’t even included in the reserve team although he and his wife went to Turf Moor to watch the reserves whilst the first team were in action at the City Ground, Nottingham. Seith confirmed that he had not asked for a transfer in a moment of haste and confessed: “I have been pretty unsettled for the past two seasons and far from happy. My decision is not simply because I have been dropped; it is an accumulation of things and the decision to drop me was the last straw and the excuse I needed.”

Apart from playing regular first team football at Burnley, he’d recently qualified as a chiropodist and added: “There is no future for me now at Burnley. I am not fussy where I go, I have no ties with Burnley. My wife Jean is a Burnley girl but she is willing to move anywhere.”

The 28-year-old Scottish player felt that he’d been made the scapegoat for the 6-1 defeat against Wolves and the 3-3 draw against Sheffield Wednesday. He added: “I am not denying I was off form last week, but I was not the only one. There are some in the team who have played consistently badly and nothing has been done about it. I have just one bad game and I am out. It was not as though we lost against Sheffield.”

Seith had been with Burnley for over a decade after joining as a 16-year-old straight from school. A stylish player, he was considered by many unfortunate not to have been chosen for his country. He joined the first team in the 1953-54 season and in the 1958/59 season was the only ever present. Of the games he’d missed in 1959/60, all but two had been due to a bout of food poisoning.

The Board of Directors accepted his transfer request immediately with chairman Mr R. W. Lord claiming the decision to accept it was a unanimous one and that the club must uphold discipline. “No manager must have a pistol held at his head,” said Mr Lord. “He picks the team and we, the board, stand by him. I cannot emphasise too strongly that the directors are unanimous that they will not stand for insubordination from any member of the club staff.”

Asked about the things that had been worrying Seith, Lord added: “I should like to know what they are. I do know that he grumbled about being left out of the side the previous week against the England players tuning up for the Hampden Park match. This was an ideal time to experiment with our youngsters [31-year-old Cummings was brought in to replace Seith]. We can’t afford to do it in league matches when we still have a chance of the title. In any case, a manager should select as he pleases. If he can’t, then it’s time he was sacked. There’s no victimisation at Turf Moor. Our players are treated as well as at any club in the country. Everything they are entitled to they always get, and it will always be that way under my chairmanship.”

Seith said that he had answers to all the chairman’s statements but didn’t think any useful purpose would be served by saying any more. He said the board had accepted his request and that’s what he wanted.