It’s Blackburn Rovers v Burnley tomorrow in the U18 Premier League and the game will kick off with the teams much closer in the table than we might have thought a couple of weeks ago. 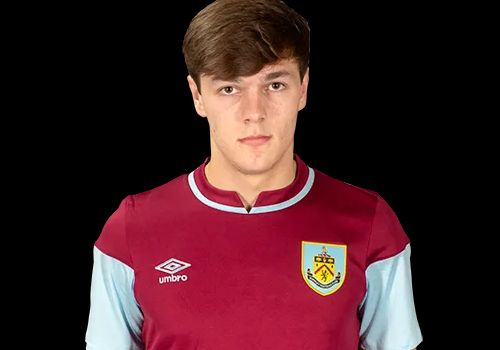 In the games played on the first Saturday in February, we came back to draw 2-2 against Wolves while they were beating bottom of the table Leeds. That took them within six points of us and that has now been  reduced to three points. Last Saturday we were beaten 2-1 at Derby, with Corey Brennan (pictured) scoring our goal, but the shock result came three days ago when Blackburn, who have been struggling close to the bottom of the table all season, beat second place Liverpool away.

Liverpool had kicked off the week in second place, three points behind Manchester United and three points ahead of Manchester City although City, with games in hand were one to be watched. United won the Manchester derby last Saturday 4-2 and with Liverpool’s defeat they now lead the table by six points.

The bigger news, however, has come at the bottom of the table where Sunderland not only won for a second time this season but moved off bottom place too. They beat Derby 3-1 on Wednesday and that has taken them above Leeds who sit bottom with just one win all season.

Top of the south league Crystal Palace had no game and that allowed Fulham, in second place, to move within a point after a big 5-0 win against Spurs. It wasn’t the biggest score in the south, Brighton hit Southampton for seven.