Since retiring as a player, the now 48-year-old has enjoyed some managerial experience in non-league football with Colwyn Bay, Brackley Town and more recently Hednesford Town as well as working for league clubs in their academies. 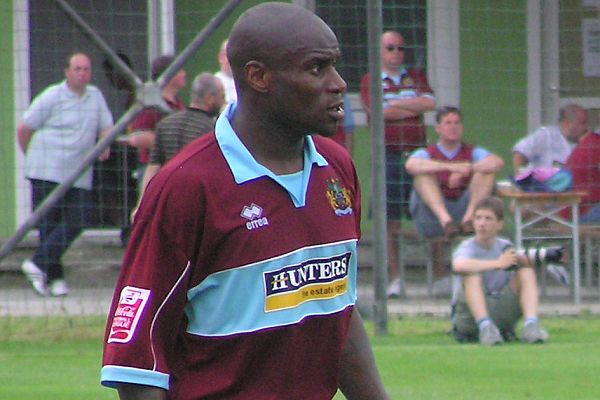 He has been working temporarily with the staff at Port Vale since just before the shut down in March having been invited by Dave Kevan who was assistant manager at Turf Moor at the time Sinclair played for us.; Kevan now holds the same position at Port Vale.

Frank said yesterday: “I’m delighted to be here. My first impressions are that I love the set up. It’s obviously a very family orientated club, a community club, and I like that because there’s a synergy between all the departments.

“Obviously, I see a key part of my role as bridging the gap between the younger players and the first team. I want to bring them on and help them to feel closer to the first team players so that they understand that if they work hard and show the right attitude the gaffer (John Askey) can take a look at them. I want to give them the confidence to feel that someday they can break through.”

Sinclair was a summer signing for Burnley in 2004, one of five players brought into the club by new manager Steve Cotterill. He went on to make over 100 appearances for us before moving to Huddersfield in February 2007 with Steven Caldwell having arrived at Burnley.

He left with a glowing tribute too from Cotterill who said of him: “He’s been magnificent from the moment he has walked through the door, from his first header against Everton in the first pre-season friendly, until the last game he played for us. Any player that you’ve worked with, it is always sad to see them leave. You have like a family in the dressing room, so it is sad when they go.