Standing up for the lads could return soon

Standing at football, this is a subject I’ve written about numerous times, going back so long that I don’t think I had any problems with my knees when I first wrote on this very delicate subject.

I’ve no intention of going back to how and why we found ourselves with all seater stadia in the top two flights of English football other than to say that it all, rightly or wrongly, came out of a tragedy that is still, today, hurtful to so many people. 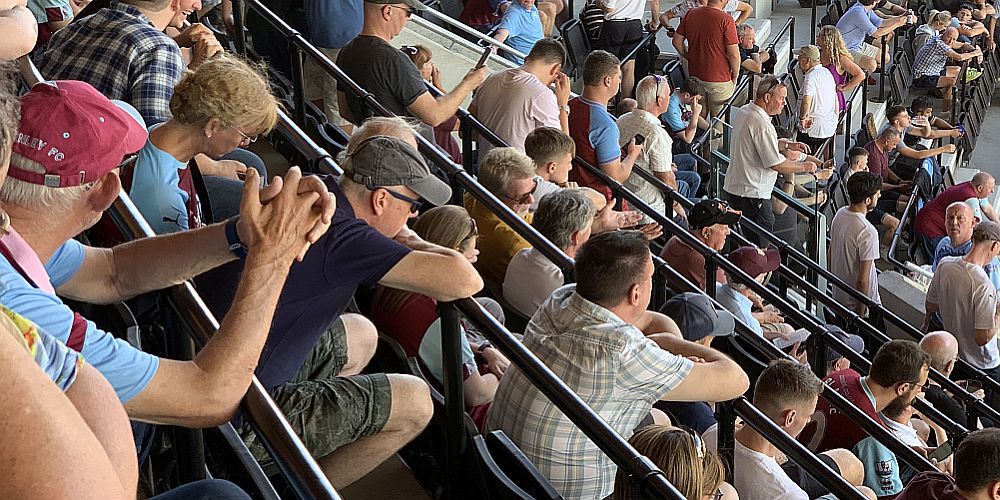 Despite pleas, campaigns and arguments put forward by football fans, it seemed we were destined never to have the opportunity to stand again watching football in our top two division, well certainly not legally, although we all know that there are many who stand at games now, more so among away supporters.

Would I prefer to sit or stand? I suppose that all depends on which part of my body is making the decision. My brain would much prefer to have me standing. I was brought up standing at football, loved it then and would love it now, that’s if my knees, which would very much vote the other way, were in better condition.

At this point, I’d like to offer my thanks to Wolves and Spurs. During this season I am writing articles on the 1959/60 season, and sixty years ago we were the top three in English football but the other two have definitely moved ahead of us in terms of seating. Wolves, this season, opted to put some rail seats in the south stand while also adding barriers in front of the seats for the away fans. Spurs have introduced them in their new stadium including the section for away supporters.

I’d like to thank both clubs. Even though I was standing, it was a much better experience for me having that rail in front and consequently not having as much pressure on my knees forced by having to stand unsupported.

But they haven’t been installed at those two grounds with me in mind, both clubs have installed them because they see a future in standing at football. They, like other clubs, are not blind, they know that so many of their supporters would prefer to stand. On the occasions in recent years when we’ve had the option, at places such as Brentford and Burton, as well as Morecambe and Fleetwood for friendlies, the majority have taken up the standing option.

It’s over 18 months now since I attended a meeting in Parliament after an invitation from the then Shadow Sports Minister along with supporters from many other clubs in the top two divisions. It led to a debate in Parliament and, after my discussions with her, that debate was attended by the then Burnley MP Julie Cooper who spoke positively on safe standing. She also told me she was fully in support of an introduction of safe standing.

Don’t mix politics and sport they say, but sometimes you have to and the main parties all had something to say on the subject of safe standing ahead of the December election. In case you have been living on another planet for the past couple of months, I can tell you that the Conservative party won the election which has led to Nigel Adams becoming the Sports Minister. 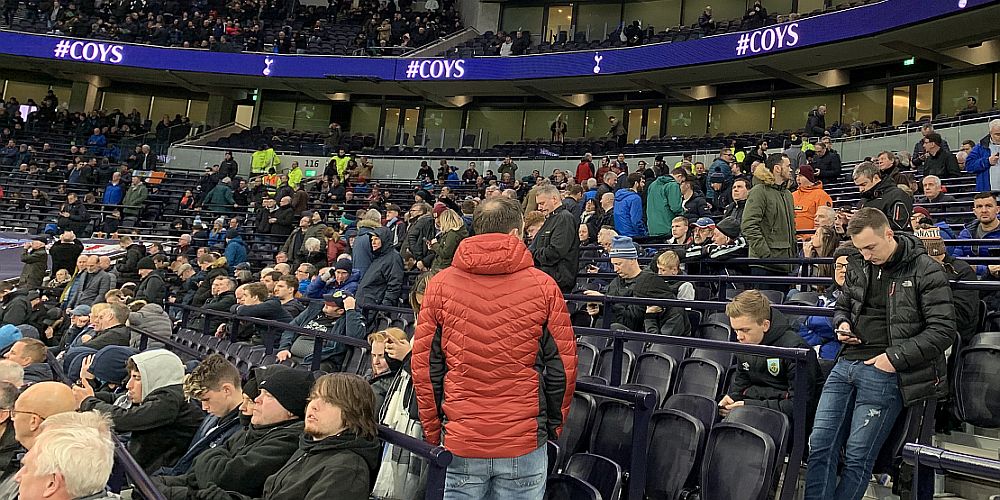 The Conservative’s commitment in their manifesto was to reform the all-seater legislation and Adams said a couple of weeks ago that he was keen to deliver on allowing safe standing sections in the top two divisions.

The Sports Ground Safety Authority have been tasked by the Government to produce a new report of any legislation and Adams said: “We want to deliver on our promise in the manifesto. I am looking forward to having the SGSA interim report and once I get that report, we will be able to consider the evidence. We need to be guided by the evidence and be mindful of everyone; the fans, the Hillsborough families. Clearly, the most important thing is the safety of fans and people at grounds.”

The SGSA has both Spurs and Wolves to offer them the opportunity to see how this seating works and should they decide on a trial then the Tottenham Hotspur Stadium and Molineux are ideal candidates.

Aston Villa, too, have been very much at the forefront and in a recent statement, chief executive Christian Purslow said: “We very much support the introduction of safe standing and hope that a change in legislation will provide us with the opportunity of giving fans the choice to sit or stand at Villa Park. When we can, we want to be at the forefront and ready to implement.”

Alongside Villa and Wolves, fellow West Midlands club West Brom tried to implement a trial last season which was rejected. It’s so good to see these clubs fully supporting the potential for safe standing.

Adams concluded: “I will take a decision when we have managed to analyse what the SGSA has said, but we are keen to deliver on it. We need to consider the report but we will act on it quickly.”

Quickly in Parliament is not the same as it is for me but at a recent Football Supporters Association meeting there was a real belief that finally things are moving forward on this and I wouldn’t be at all surprised to see legislation in place by the 2021/22 season.