Stephens is finally a Claret 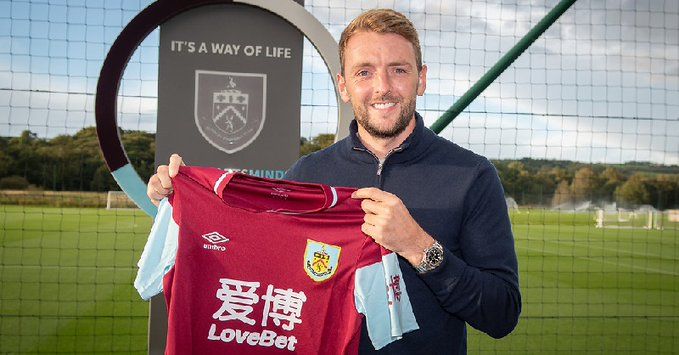 Brighton and Hove Albion midfielder Dale Stephens has today signed for the Clarets some four years after Sean Dyche pursued him following our promotion to the Premier League. He’s signed a two year deal.

When Burnley won promotion in May 2016 it seemed almost common knowledge that one of the summer signings would be Brighton’s Bolton born midfielder Dale Stephens. It wasn’t just wild speculation either. Brighton missed out in the play-offs that season but they hung on to Stephens, six times refusing offers from Burnley and also turning down a transfer request from the player who went public and explained that he wanted the opportunity to play in the Premier League.

That meant he stayed with Brighton. He helped them win promotion to the Premier League a year later and has gone on to make 99 appearances for them in the top flight with all but six of them being starts.

The first link with Stephens I was aware of was back in April 2016, and certainly some time before we clinched promotion, although it was after he’d scored Brighton’s first goal against us in the 2-2 draw at the Amex Stadium. The suggestion then was that the Bolton born Stephens wanted to return to the North West after spending the last five years in the South East, firstly with Charlton Athletic and, since January 2014, Brighton.

Stephens began his career with Bury and made his league debut for them as a substitute in February 2007 in what was a 3-0 home defeat against Peterborough when he came on for former Claret Marc Pugh after 76 minutes.  Four weeks later, in another home loss, this one against Notts County, he got his next appearance and first start, playing all but the last three minutes when this time the roles were reversed with Pugh coming on for him.

In the following season he had a month on loan at Droylsden but left Bury that summer (2008) to spend three years at Oldham although his next league game would be for Rochdale during a loan in September 2009. He finally made his Oldham debut in December 2009, a season and a half after joining them, but became a key player in Paul Dickov’s side. The Oldham boss was disappointed to lose Stephens to Southampton in a loan deal in March 2011 but that summer it was Charlton who signed the much sought after player despite Southampton wishing to keep him at St. Mary’s.

He opted to leave Charlton just after the takeover in January 2014 and signed a deal with Brighton until the end of the 2016/17 season. At the time, Brighton boss Oscar Garcia said of him: “He’s the type we like and want to bring to this club – dynamic, energetic and technically good. His character is good and he will fit well with the excellent squad we already have here.”

Stephens has enjoyed a good career at Brighton. He’s gone on to play over 200 league games for them and that includes 99 in the Premier League with only six of those as a substitute.

Finally, at the age of 31, he’s made the move to Turf Moor where he will become a part of Sean Dyche’s squad.