It was time to search for a new manager again as 2010 came to an end. After an awful show against Scunthorpe, his former club, Brian Laws was sacked and on the following day, 30th December, Burnley turned to first team coach Stuart Gray until such time as they could appoint a new manager.

Then 49, Gray had arrived at Burnley alongside Billy Mercer some six days after the Laws appointment. A vastly experienced coach, he worked alongside Terry Pashley and Graham Alexander for the next four games, three in the league and one in the FA Cup. 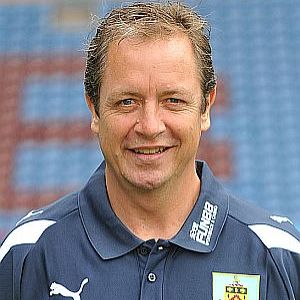 Two days after taking over, he saw us secure three points on New Year’s Day 2011 with a 4-2 home victory against Sheffield United. Although we fell behind to an early goal, we recovered well and were convincing winners.

Two days later we saw the reverse in that we went in front at Reading before they came back to beat us 2-1 with two Shane Long goals. We’d struggled all season to get wins on the road and here was another example of a game we should have got something from. We were the better side but missed chances cost us.

Back home, we won again 4-2, this time in the FA Cup against Port Vale and there was growing support for Gray at this point although it was evident the club were looking elsewhere and when, a week later, we faced QPR at home we knew the identity of the new man.

With Gray in charge for the final time we drew 0-0 against the league leaders in the presence of managers past and future. Bournemouth boss Eddie Howe’s appointment was imminent and he sat in the directors’ box to watch the game alongside Jason Tindall but in the Jimmy McIlroy Stand that day was Jimmy Adamson who had made a first, and what proved to be last, return to Turf Moor since he’d brought his Sunderland team in the 1970s.

One win, one draw and one defeat was his record in the league as Burnley manager and he could add an FA Cup win to that. He reverted to the role of first team coach until the end of the season at which point he was surprisingly dismissed.

Prior to coming to Burnley, Gray had managed Southampton, Aston Villa, Wolves and Northampton with the spells at both Villa and Wolves in a caretaker capacity. He’s since had caretaker spells at Portsmouth and Fulham whilst also enjoying almost two years as Sheffield Wednesday manager.

He joined Fulham as a coach soon after leaving Wednesday and stepped up to the role of head coach with the Slaviša Jokanović’s appointment as manager and was considered a key member of the squad that won promotion in 2018.

He left the club when Claudio Ranieri came in but was soon back at Craven Cottage as Scott Parker’s right hand man and, at the time of writing, has helped secure them another promotion to the Premier League.