In their last game, our under-18s beat Blackburn Rovers 2-1 at Brockhall; tonight, we beat Manchester United 1-0 in the U18 Premier League in a game played at Altrincham’s Moss Lane. 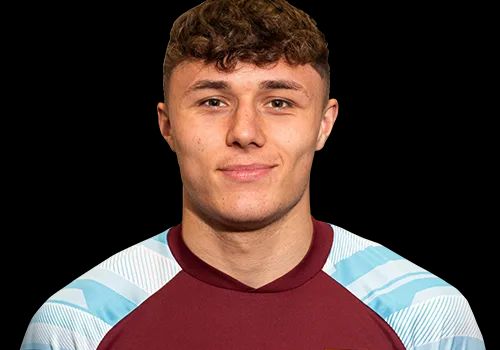 The only goal of the game came in the 24th minute, scored by captain and left-back Dane McCullough (pictured) who fired home into the bottom corner from 35 yards.

Although United saw plenty of the ball, we defended well when we had to and it was only really in the final ten minutes that they put us under any real pressure. It looked as though they’d snatched a late point when, in the last minute of stoppage time, they hit the post with an overhead kick, saw the follow up shot blocked by Charlie Casper and then got the ball in the net only for it to be rightly ruled out for a foul on Casper.

Coach Tony Philliskirk was delighted. When asked how he felt he said: “Proud. To a man the lads were outstanding. They had a strong team out tonight, a lot of players they’ve purchased from other clubs.

“I told the lads at the end – ‘talent gets you a scholarship, gets you involved in football, but to take it to the next level, that’s got to be aligned with hard work, determination, resilience, organisation’. I thought we defended the box so well second half, yes, we had a harem scarem moment at the end but I’d say it was a deserved victory.”