It might have been a losing return for James Tarkowski on his first return to Brentford as a Burnley player but it was another good performance for the Clarets’ acting captain who was a comfortable winner in both our man of the match vote and player ratings. 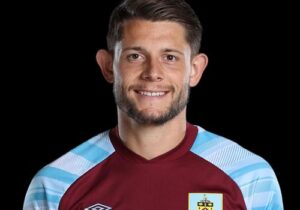 He was an easy winner for the man of the match, polling 59% of the vote with no other player reaching double figures. Jay Rodriguez, who came closest to scoring for us having come on as a substitute, was second with 8%. A 7% share gave Nathan Collins third place while Charlie Taylor claimed fourth place with 6% of the vote.

That’s given Tarkowski ten points towards the player of the year with five points for Rodriguez. Both Collins and Pope picked up three points with Taylor winning one point. 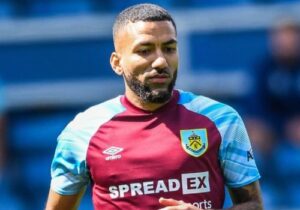 Tarkowski, winner of the player of the year for each of the past three seasons, now looks to be heading for a fourth win having gone 24 points clear of second place Taylor and Taylor is now just one point ahead of Pope. Below the top three, just eight points separate the next six players in the table, from Collins on 53 points to Josh Brownhill who has 45 points.

That’s it for March with just three games played. Aaron Lennon has joined the monthly winners due to his performances against Leicester and Chelsea in a month that ended, as it started, with Burnley on 21 points.

Now for a much busier April which kicks off with league leaders Manchester City at the Turf on Saturday, 2nd April and that will be our next vote.