Let’s go back to the 23rd of February in 2016 and a 1-0 home win over Nottingham Forest that came courtesy of a Sam Vokes goal scored in the 68th minute of the game.

Michael Keane had been ruled out for the first of two games with an injury that had forced him off in the previous game against Rotherham. The back four for the Forest game read Matt Lowton, James Tarkowski, Ben Mee and Stephen Ward. Mee had just a few games earlier moved into the centre of defence as Michael Duff bowed out. Tarkowski had made his debut as a substitute in the Rotherham game and was now getting his first start just twenty-two days after arriving from Brentford while adding a second start at Bolton in the next game.

Such was the Keane/Mee partnership that it would be the opening day of the 2017/18 season at Chelsea before we would see Tarkowski and Mee start a game together again with Keane having moved to Everton.

That’s five years ago and the partnership has become as familiar to Burnley fans today as Colin Waldron and Jim Thomson were to supporters half a century ago and probably similar to those who saw and always recalled the famous half back line of Halley, Boyle and Watson either side of the first world war.

In the last five seasons, they have started alongside each other in 139 of our 190 Premier League games. When one or the other or both have been missing, we’ve won just eleven with sixteen draws and twenty-four defeats. Maybe somewhat surprisingly, they only played together in one of our seven victories in the recently ended season.

They’ve not only former an outstanding partnership in the centre of defence; they’ve been two superb individual players too, both as defenders, as leaders and as hugely important players for us.

Mee, of course, predates Tarkowski by some four and a half years at Burnley. He was our first summer signing in 2011, arriving on loan from Manchester City, a loan that was made permanent in the next window. He partnered Andre Bikey (then using the name Amougou) on his debut but that soon changed and he found himself playing with David Edgar, who at the time was preferred to Michael Duff.

He didn’t over impress and soon found himself shunted out to the left-back position where he remained for almost four years and it was only the inevitable end on its way for Duff that saw him move back into the centre to play alongside Keane.

They came together for a home game against Bristol City which was won 4-0. They remained the pairing for the remainder of that season, apart from those two games referenced above, as we went twenty-three, twenty-three undefeated and won the title. One year later we were celebrating surviving a Premier League survival for the first time and we had a central defensive pairing as good as we’d seen in years.

This is when Keane departed for Everton and up stepped Tarky. I wasn’t so sure at first; I’d been a big Keane fan. It shows how little I know. However good the Keane/Mee partnership was, the new pair together were even better.

What is it that makes a partnership so good? Yes, they both have to be good players and that was never in doubt, but it seemed that they were able to fit together like a good pair of gloves, not as though they needed gloves, they left them for Matěj Vydra.

They dovetailed so well together, they almost instantly knew each other’s games and so we produced the best defensive partnership virtually any of us have ever seen at Burnley.

That first season saw us record our best defensive season in the Premier League as we qualified for Europe and even in the seasons that haven’t quite been as good, they’ve still looked as good as ever, generally in front of Nick Pope in goal.

We’ve known this day, the breaking up of the partnership, was coming. We’ve known for two years since it became clear that Tarky was not going to be signing a new deal. We opted not to sell him and allow him to run down his contract. Some might say it was the wrong decision, but his presence helped us to stay up a year ago although it’s proved not to be the case in what was his last season at Burnley.

He’s never let us down, he’s turned in some unbelievable performances and he’s been so consistently good that he’s won the Up the Clarets Player of the Year in each of the last four seasons. An injury forced him off in the recent home defeat against Aston Villa. It forced him to miss the game at Spurs but, against the odds, he returned for the last two games to try and keep us in the league. 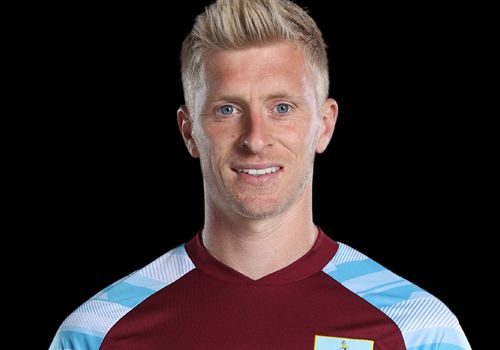 We knew when the final whistle blew against Newcastle that it was the last time we’d see him in a Burnley shirt. Yesterday, he took to social media to speak about his time at Burnley for the first time. He wrote: “An incredible 6 ½ years comes to an end. I’ve loved every minute of playing for this fantastic football club. So grateful for the opportunity I was given to join and live my dream of playing in the Premier League. Going to miss all the brothers I’ve gained over the years, what a pleasure it has been.

“I hope to see this club back where it belongs in the near future. I’ll be back at Turf Moor cheering on the Clarets at every opportunity I get. Thanks for everything #UTC.”

Ben is currently on holiday but will give us his words on his return. For the final thirteen games of the season, he was ruled out having suffered an injury against Leicester that saw him substituted before half time with what proved to be a fractured fibula. We could not have known then that it would be his last game for the Clarets but it proved to be. He spent the last eight games in the dug out with Michael Jackson’s team but it was something of a shock recently when it became clear he too would be leaving.

My word, they are going to take some replacing. They’ve both been brilliant for Burnley and they will both be missed. Ben’s played over 350 league games for us and no one has played more often for us in the Premier League. Tarky has totalled almost 200 in the league since that debut as a substitute against Rotherham.

For us now, it’s time to thank them and wish them both well wherever they go, and right now that’s expected to be Everton for Tarky. They have both given us absolutely everything in their respective times at Burnley and they both leave owing us nothing.

It’s going to be strange without them though.