Taylor stars on return from injury

Injury forced Charlie Taylor to miss the home win against Bristol City but he went straight back into the side for last Saturday’s draw at Cardiff and fully justified his inclusion with another outstanding display. 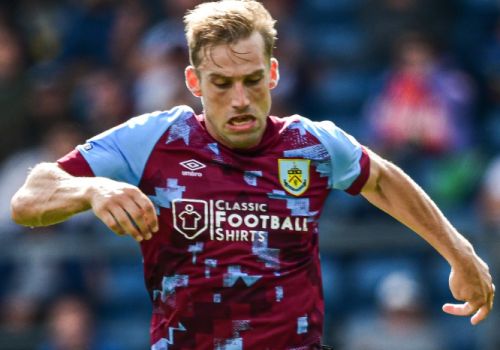 Alongside Taylor Harwood-Bellis in the centre of the Clarets’ defence, Taylor’s performance comfortably won him the man of the match and the player ratings.

For the man of the match, he polled 65% of the vote with goalscorer Nathan Tella claiming second place with a 14% share. Captain Jack Cork came third with 8% while Harwood-Bellis took fourth place with 4% of the vote.

Those four players also took the top four positions in the player ratings with Taylor again coming out on top with a rating of 8.17 out of ten which was more than a point higher than second place Cork who scored 7.11. Harwood-Bellis was third with 6.81 with Tella having a rating of 6.61 out of ten to secure fourth place.

The points for this game have been added to the Up the Clarets Player of the Year Table. Taylor has won ten points, Cork five points, Tella four points and Harwood-Bellis three points. It’s further extended Cork’s lead at the top of the table. He now leads second place Josh Brownhill by seventeen points.

Brownhill himself is eleven points ahead of Harwood-Bellis who heads a group of five players separated by just five points. That includes Taylor who has stepped above Jay Rodriguez and Tella into fourth place.

The next vote will be underway tonight after the Stoke game. The Cardiff result and the current player of the year table are below.