In the wake of Adrian Heath’s departure from Turf Moor, news had now surfaced that there had been two bids submitted to purchase Burnley Football Club from the existing directors.

One of the offers appeared to be locally based while the other was led by an American based businessman. It almost seemed like the local press were fighting the different corners initially with the Burnley Express reporting on the local bid and the Lancashire Evening Telegraph bringing the news of the offer from the United States. 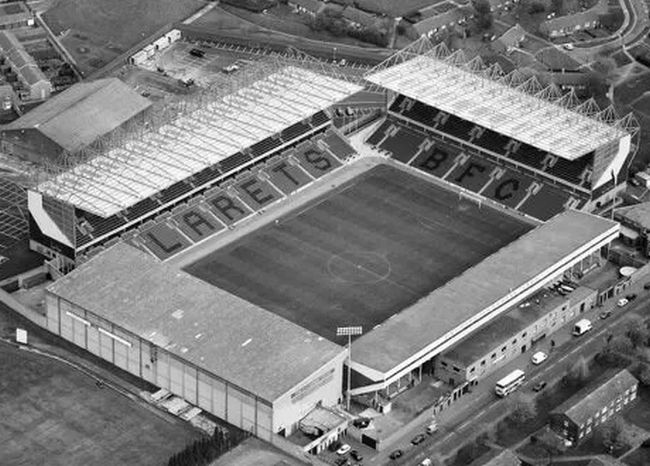 The Express reported that the offer fronted by two local businessmen was a massive multi-million-pound bid and that it had already been discussed by the board of directors at Turf Moor with the offer read out to directors by Frank Teasdale almost a month earlier with the letter then passed to the club’s accountants Casson Backman.

A spokesman for the bid confirmed: “Our first offer was definitely discussed at a board meeting and passed on to Casson Backman. That is fact, but we have still not had a reply.” The spokesman explained: “The offer is backed by a large company and a city institution.”

Confirming that they would remove three existing directors if they won control, they added: “This exercise is not about debt repayment, the money will be for investment in players. Another aim of ours will be to put the commercial aspect of the club on a better footing.”

If that was not enough to get the supporters excited, news came of a second bid. Headed by an American multi-millionaire businessman, this group had also made a written offer having had two verbal approaches knocked back by Teasdale with the rest of the Burnley board unaware.

A source for this offer reported: “The man behind the consortium has an awful lot of financial clout and he wants to buy into a football club. He has had a look at several clubs but Burnley has the outstanding potential. The bidder has made his initial approaches to the chairman but, at the moment, he is still waiting for a reply. He will not wait around forever because he is a very busy man with a lot of commitments all around the world. He needs to know where he stands.”

The head of this consortium was believed to be a major player in a company heavily involved in the Hong Kong handover, celebrating the reunification with China.

Although the bid, if successful, would require Teasdale to relinquish control, they confirmed: “It is not a hostile bid. Far from it. They have fully researched the current finances of the club and they know all about the great tradition of Burnley.”

The club had finally spoken on the cancellation of the Mark Patterson with club secretary John Haworth issuing the following statement:

When Adrian Heath initially met Mark Patterson for discussion, Adrian was not aware that he had just had a recent operation on his Achilles tendon and according to the chief executive of the Sheffield United club, they also didn’t know that he had been operated upon.

On examination last Tuesday, Adrian was informed by the medical officer that he didn’t feel he was fit enough and that at present could not pass him medically fit. Adrian was fully informed of this by the medical officer the same day and Adrian stated that he would relay this information to the player which he apparently didn’t. Therefore, I had the honourable duty of having to do it myself.

At no time was it a question of money, in fact, the chairman had signed blank contracts to enable me to complete the deal. Therefore, the deal was signed, sealed and delivered subject to medical.

It is unfair to say that Adrian Heath’s departure has anything to do with this situation.

Finally, when a manager leaves, there is always gossip about who will replace him and you will soon find odds from the bookmakers. Notts County boss Sam Allardyce was very much the favourite while other strong candidates were Billy Ayre, Brian Flynn, Dario Gradi, Lou Macari and Sammy McIlroy. It was thought that Stan Ternent wouldn’t be interested in leaving Bury and the suggestion of a return for Jimmy Mullen, having recently parted company with Sligo, was a very unlikely one.