A point would have taken our under-23s back to the top of the Professional Development League this afternoon but it wasn’t to be, we fell to a second league loss of the season going down to a 4-1 defeat against Barnsley. 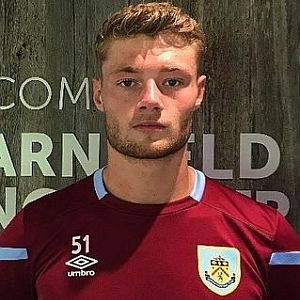 We had four players making debuts at this level. Joel Senior, signed in the summer from Curzon Ashton, finally got his first game after suffering from injury while Udoka Chima, Finlay Armstrong and Corey Brennan, all unused substitutes for the under-18s last night, started the game.

It was a disastrous start for Senior who was red carded early in the game for allegedly handling the ball on the line. Former Burnley player Jordan Barnett saw his spot kicked saved by Lukas Jensen (pictured) but it left us with the difficult task of playing the remainder of the game with just ten players.

It proved too much for us. Damola Sotana gave Barnsley the lead with the only goal of the first half when we were perhaps fortunate to go into the break only one goal behind. However, Barnsley took command in the second half with further goals scored by Dylan Mottley-Henry, Jack Chambers and finally Aiden Marsh just after he’d come on as a substitute.

We did pull a goal back right at the end but it was no more than a consolation goal for Rob Harker.

« Brady, Rodriguez and Wood get the all clear
Alan Beecroft was a friend to so many »