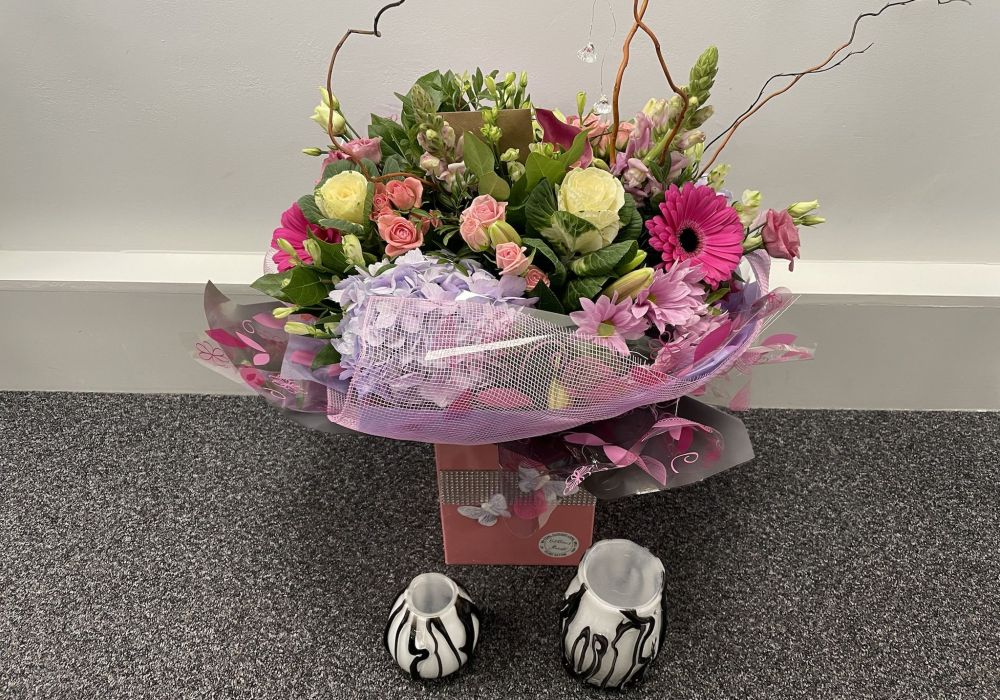 A visit to Turf Moor to buy tickets has, for many years, seen supporters greeted by the ticket office manager Elaine Clare, but that’s set to change with Elaine retiring at the end of this week.

A recent meeting of our (Burnley FC Supporters Groups) committee spoke at length about Elaine, how she’d helped the group and so many other supporters over a lot of years and we felt this was one departure from Turf Moor that should not pass without some recognition. 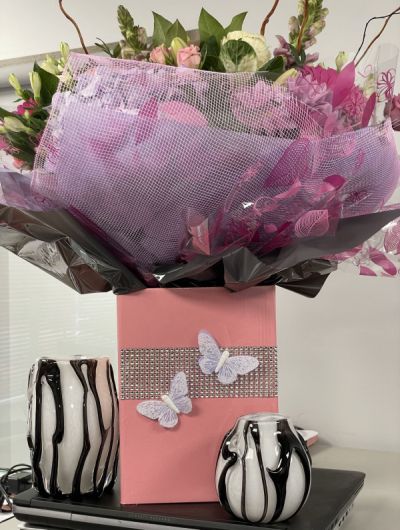 A few weeks ago, we paid a visit to Glasform at Kirkham to arrange for two specially commissioned vases to be made and, along with a display of flowers, those vases were delivered to Elaine at Turf Moor this morning.

As you can imagine, she was very reluctant to be photographed. Those who know her well will understand when we say she refused, but she was delighted with both the vases and flowers which were delivered by our committee members on behalf of the group and all supporters.

She’s worked at Burnley Football Club for a quarter of a century which entitled her to be one of the guests when the Queen and Prince Philip visited approaching ten years ago. She has headed up the ticket office for many of those years and she even opened up, and provided a familiar face, in Aberdeen, Istanbul and Athens during our European Tour.

She will admit to not really being a football fan but has enjoyed meeting so many supporters and helping them over the years. Elaine would very definitely prefer to watch cricket which she did so often when her son Jonathan was playing for Burnley in the Lancashire League and then Derbyshire.

Our football club, and our ticket office, will never quite be the same without her and the number of cards and well wishes she’s already received confirms that so many think the same about her. Someone is going to find replacing her very difficult. She’s leaving some big shoes to fill.

We’ll miss you Elaine. Thanks so much for all the help you’ve given to supporters and enjoy your retirement.