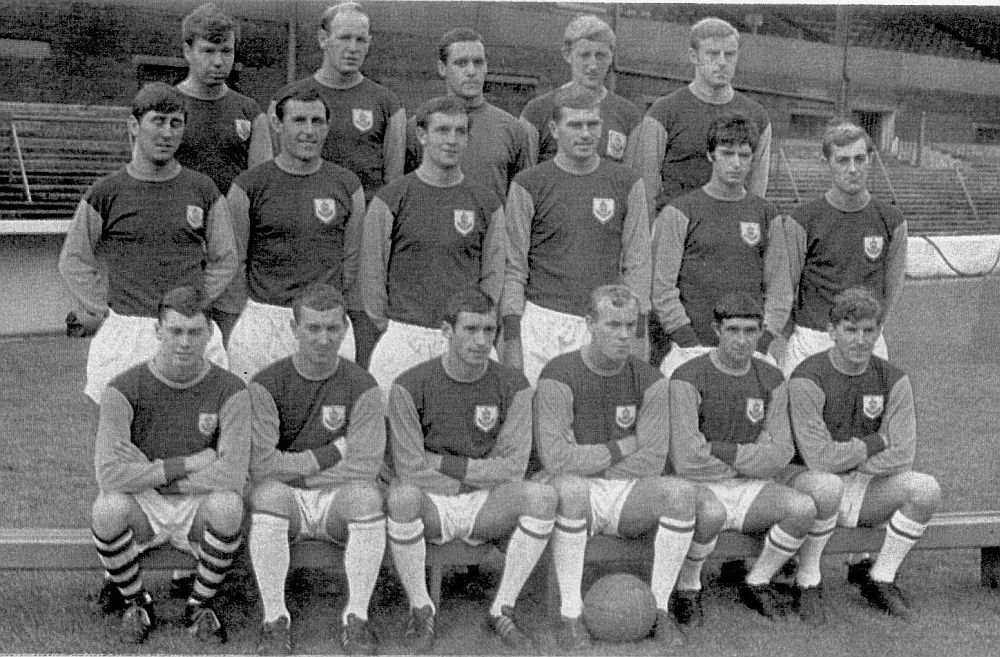 Last summer we introduced the results, league tables and programme covers for all of the post-war seasons up to and including 1964/65 with the plan that this would be extended during the 2020 close season.

The current break in football means we are bringing forward some of the additions to the site and so today we have added a further five seasons from 1965/66 through to 1969/70. It might not have been a period of huge success but we had a third place finish in the First Division which brought with it a season in the Fairs Cup.

In the previous five years, a total of 18 players had made first team league debuts for the Clarets. All 18 of them had come through the club’s thriving youth policy. This five year period brought a total of 23 debutants but only 13 of them had played in the youth team. Times were changing at Burnley with players such as Frank Casper, Colin Waldron, Jim Thomson and Doug Collins signed for fees from other clubs. That list of 23 also included Martin Dobson and Geoff Nulty, picked up on free transfers, and Garry France and Peter Mellor who both arrived from non-league football.

The League Tables from 1965/66 to 1969/70 are now available. They are now in the drop down menus as are the Fixtures and Results. These, at this time, don’t carry the opposition scorers although once the current situation has eased they will be added.

The Programmes for all five seasons are also there featuring our Fairs Cup run and the League Cup campaign in 1968/69 that saw us reach the semi-final.