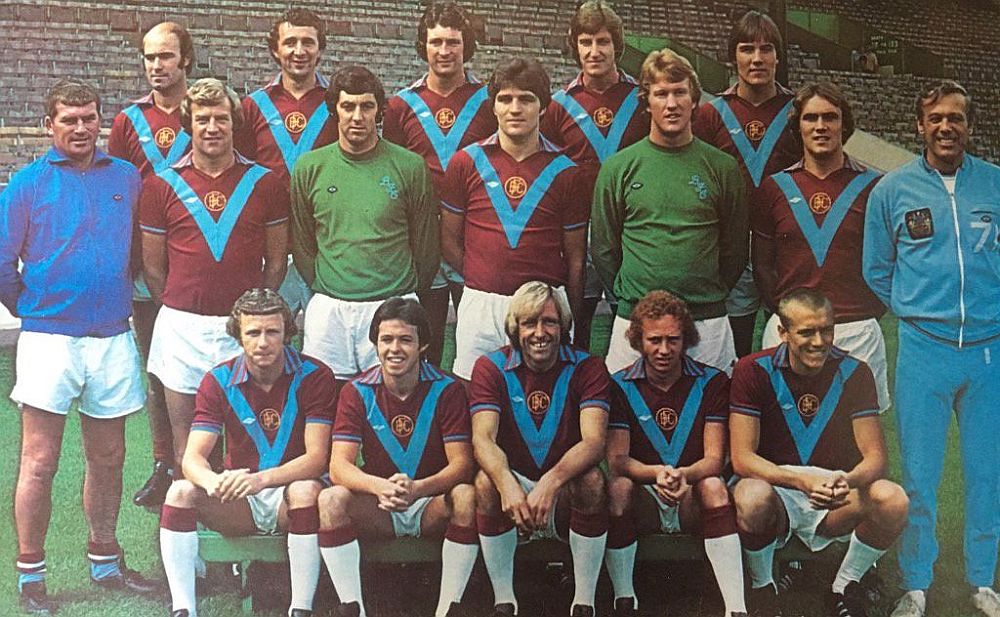 Two weeks ago we introduced the results, league tables and programme covers from the first half of the 1970s and today we complete the decade, featuring all of the seasons from 1975/76 to 1979/80.

It was a five year period that started with us playing in the old First Division for the final time and ended with us facing Third Division football for the first time, a five year run that saw two relegations and never a threat of a promotion although we did win the Anglo Scottish Cup in the 1978/79 season.

During the five years, a total of 26 players made debuts for the club while there were also returns for Willie Morgan and Martin Dobson with Leighton James twice being sold, once to Derby in 1975 and then to Swansea just before the final game of the 1979/80 season.

The first of those debutants was Mike Summerbee on the first day of the 1975/76 while Brian Laws lined up for his debut in the very last game as the 1979/80 season ended in a 4-0 defeat at Watford.

Laws was one of five players to debut and go on to reach 100 league games or more for the Clarets. He’s joined by Kevin Young and three players who went on to reach 200, namely Joe Jakub, Vince Overson and Billy Hamilton, with Jakub and Overson enjoying two spells at Turf Moor.

We also saw the departures of three managers. Jimmy Adamson was in charge when the 1975/76 season started but he, Joe Brown and Harry Potts were all sacked before the decade ended with Brian Miller in charge.

The League Tables from 1975/76 to 1979/80 are all now available and in the drop down menu as are all the Results for the same seasons. These results don’t yet carry the opposition scorers although these will be added as soon as possible. The Programmes for all of the five seasons are also now available.