The battle for points returns home with game against Villa 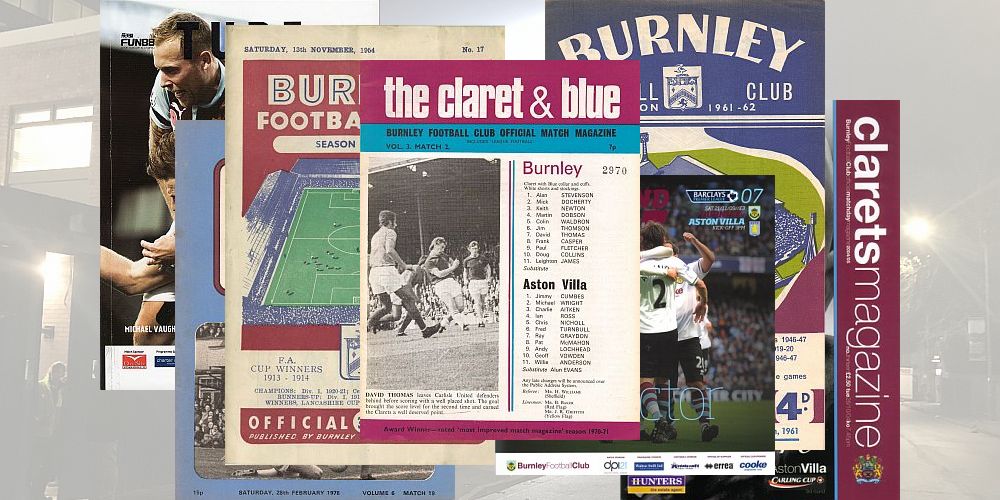 Having won at Watford, to add to the two home wins against Southampton and Wolves, the Clarets continue the battle to drop with a home game against Aston Villa tomorrow afternoon.

To win three successive games at this stage of the season has been a massive boost for us but just when it looked as though it would give us a real advantage, Everton went and beat Chelsea last week to put everything back in their hands.

Yes, it’s still possible for Aston Villa, Brentford and Southampton to join this relegation battle but it is looking increasingly likely that one of Leeds, Everton us and will join Norwich, whose relegation was confirmed last week, and Watford, who will probably be relegated this weekend, in the Championship next season.

As it stands, we lead Leeds on goal difference with both of us having four game to play; Everton are two points behind us but have a game in hand. How much better things would have looked for both us and Leeds had Chelsea got a result at Goodison just a day after we’d secured that remarkable comeback at Watford.

But there is still so much work to be done and we know now that more points are going to be needed to stay up than in any of our previous seasons in this league. How many we don’t know, so we just have to keep on getting as many points as we can to make it difficult for anyone else.

That starts with Villa tomorrow and it looks the most likely of our remaining four games on paper although football has never been played on paper. No matter which way you look at it, this will be another tough, tough test for us.

Embed from Getty Images
Full of confidence, central defender and acting captain James Tarkowski said this week: “There’s a really positive atmosphere around the place and we’re looking to continue with that over the final weeks of the season. We’ve just got to put points on the board. We need to look after ourselves and if we do that, then we’ll be fine.”

Speaking about a couple of his team mates, he added: “The younger players have been massive for us, probably the best players over the last few weeks. Dwight has played with a smile on his face and if Dwight’s smiling, then you know he’s playing football well. Collo has been exceptional. You forget how young he is because he looks so old, but he’s performed at an incredible level considering it’s his first season in this league.”

Tarkowski had a dramatic weekend around the Watford game, having to race home because of his daughter and then rushing back because he was determined to play. He’s missed just two league games this season, at Wolves and Brighton and his presence in defence right now is vital.

He’ll lead out a team tomorrow that will be very similar to the one that won at Watford. It looks unlikely that either Jay Rodriguez or Maxwel Cornet will return to add to the longer term absences of Ben Mee, Ashley Westwood and Jóhann Berg Guðmundsson. One piece of good news is that Erik Pieters, who was playing so well prior to the injury he suffered at Crystal Palace, is expected to be available.

Ashley Barnes has done really well coming on as a substitute in the last two games. He’s made 19 Premier League appearances this season but just four starts, the last of them coming in the home game against Arsenal back in September. His last goal was in the 1-1 home draw against Fulham in February last year although he came close to ending that run at Watford.

Villa have had an up and down season with a couple of difficult runs. They lost five successive Premier League games in October and November which cost Dean Smith his job. They got as hight as ninth in March with three successive wins but then lost the next four. A draw at Leicester followed but that run was ended last weekend with a win over bottom club Norwich.

Away from home, they usually win or lose. The draw at Leicester recently is the only one on the road where they’ve won six and lost ten, that number of losses worse than all but Everton and Norwich who have each lost twelve away games.

Defensively, they are our equals with us both having conceded 46 goals but their 44 goals scored is significantly better than our 31. Ollie Watkins is their biggest threat in front of goal with nine, and behind him are former Claret Danny Ings and Jacob Ramsey who have both scored six goals.

Embed from Getty Images
Villa will be without Leon Bailey tomorrow and Ramsey is a big doubt having sustained an injury in training. Kortney Hause remains unavailable but Morgan Sanson (pictured above) has returned to training and is back in the squad.

We have to go back to January to our last meeting with Aston Villa and it was a game that provided us with our last home win of the 2020/21 season although it didn’t look as though it was going to be a win during a first half dominated by Villa, other than the first ten minutes, after which they led 1-0 with a goal from Ollie Watkins. Only Nick Pope had stood between Villa and a bigger lead.

Jack Cork came on at half time for a disappointing Josh Brownhill and seven minutes in and we were level. Chris Wood won a corner from Tyrone Mings and Ben Mee met the kick from Ashley Westwood with a powerful head back across and into the net.

Embed from Getty Images
Jack Grealish restored Villa’s lead but this was to be Burnley’s night. Dwight McNeil received a ball from Erik Pieters and crossed low into the box. Pieters had followed it but couldn’t quite get a touch to the cross but it mattered not; it went straight in.

Three minutes later and we’d won  it. McNeil this time got the assist with a cross from the left but it was Wood’s superb header that won it for us.

It had taken us to 22 points at the half way stage of the season and into fifteenth place.