The difficult run kicks off at Chelsea 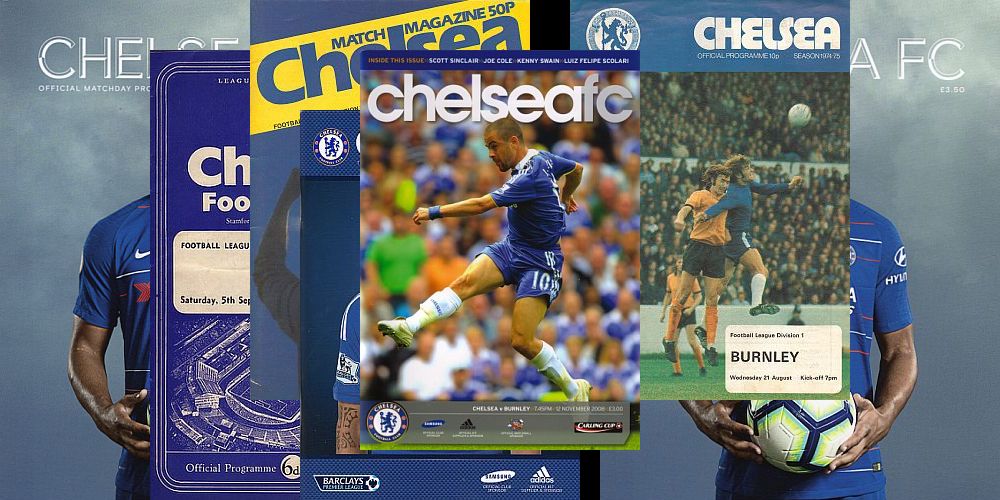 We knew it was coming early in 2020, a run of four games that, while not featuring fixtures against either Liverpool or Manchester City, couldn’t really be too much tougher.

Defeat against Aston Villa in our last league game probably saw us, in the first half, play the worst football we’ve played all season at home. By half time we were two goals down and although we pulled one back in a much improved second half, it was hardly worth getting too excited about.

This was a game, given the next four are Chelsea, Leicester, Manchester United and Arsenal, was one we really felt we needed to win. It’s gone now and we will now be hoping to improve on the results in these fixtures last season when we picked up two points from the two away games at Chelsea and Manchester United but were beaten in the home games against Leicester and Arsenal. They are four teams who have beaten us already this season although, in fairness, we were very unfortunate to be beaten at both Arsenal and Leicester.

Surprisingly, we’ve only been beaten twice at Stamford Bridge in the Premier League although both of those, in 2009/10 and 2016/17, have been 3-0 defeats. In the other three we’ve come away with two draws, the infamous 1-1 in 2014/15 and last season’s 2-2 and, who can forget that opening day win that kick started our 2017/18 season. The 3-0 half time lead that day remains one of our most memorable moments in the Premier League.

Embed from Getty Images
This season, as we travel again to Chelsea, 24 points from 21 games is not looking quite so healthy as it was but Ben Mee has been sounding the battle cry from the dressing room. Speaking about those recent results, and in particularly the defeat against Aston Villa, he said. “It’s behind us. We stick together as a group and we are looking forward to the game on Saturday. We will stick together and work hard. We have a group of players that will come back stronger. We have done it in the past and we will do it again.”

Mee is one of three ever presents in the Burnley team this season alongside fellow central defender James Tarkowski and goalkeeper Nick Pope. All three are expected to line up tomorrow but it seems to be anyone’s guess who might be alongside them given the current injury and illness situation.

We know, just about, that neither Ashley Barnes nor Jόhann Berg Guðmundsson will be involved. Barnes has looked off the pace for a while with his groin injury and he’s now going to see a specialist for a second opinion. Guðmundsson has just returned from a hamstring injury and got himself another although Sean Dyche has confirmed this is not a serious one and he could be back as soon as next week.

That might be it in terms of the injuries although Ben Gibson is short of game time and might be used next week in the under-23. However, the illness bug has struck which has seen Phil Bardsley and Jay Rodriguez miss training this week.

Chelsea are currently fourth in the table but no matter what the result tomorrow they will neither go up nor down. They currently sit seven points behind Manchester City in third place while Sheffield United have gone up to fifth tonight and are still four points behind Chelsea.

Embed from Getty Images
It will be a formidable task but possibly not as much so had it been at the Turf again. Only Liverpool have more away points this season than Chelsea who have recorded seven wins from their 11 games on the road. At home, though, they’ve won four and lost four. They lost earlier in the season at home against Liverpool and have added three more home defeats in the last four against West Ham, Bournemouth and Southampton.

They won’t be at full strength tomorrow. Both Ruben Loftus-Cheek and Marco van Ginkel remain out of the reckoning as does Marcos Alonso. They will also have Christian Pulisic (pictured), who scored a hat trick in their 4-2 win at the Turf, missing with an adductor injury which will keep him out for a few weeks.

After a dreadful first half of the season that saw us collect twelve points, I don’t think many were too confident of retaining our place in the Premier League and only the most optimistic fans could have believed we’d get close to forty points.

But on Easter Monday, in an evening kick off, in our 35th game, a 2-2 draw at Chelsea took our points total to that magic forty and gave us our final point of the season.

Embed from Getty Images
On a night when all four goals were scored in the first 24 minutes, we were accused of all sorts which included the ridiculous anti-football comments from David Luiz, the player who had chosen to cheat during the game with the most blatant of dives.

With no trains, and disruptions on London Underground, Sky decreed we would kick off at 8 p.m.  but the away support was a healthy one given the circumstances but we saw Chelsea set off as if they were on a mission with Eden Hazard looking in frightening form.

But we took a surprise lead with Jeff Hendrick’s goal of the season on eight minutes although it took Chelsea only six minutes to wipe that out and go in front. N’Golo Kante equalised on 12 minutes and just two minutes later they had a second through Gonzalo Higuín.

It was looking as though it might be a long night at this stage but Ashley Barnes scored to level things on 24 minutes (pictured) and we got to half time with the score at 2-2. The second half frustrated Chelsea but let’s get one thing right here, this was not anti-football, but damn good football from Burnley and, yet again, they didn’t like it. Manager Sarri was sent off and at the final whistle it all kicked off around the tunnel area with Antonio Rudiger apparently the instigator.

Then, as we made our way from the stadium and onto the underground, we got the predictable abuse from their fans who were demanding that we be thrown out of the league.

This was a superb day out and another good result at Chelsea.