The ESL – It came and went 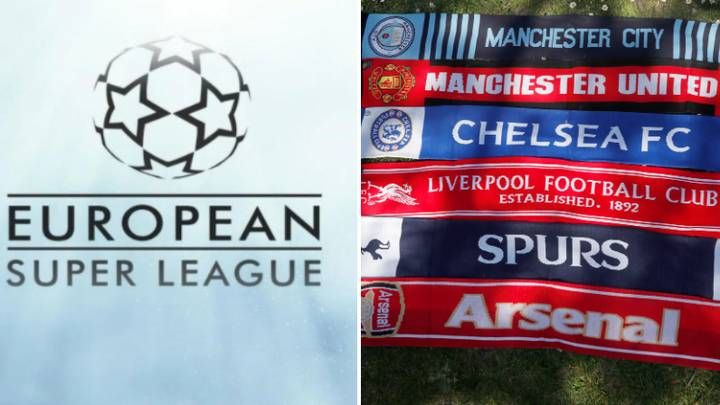 It’s been an interesting couple of days football wise which have ultimately ended in a positive way following the collapse last night of the new European Super League just 48 hours after it had been launched.

From early evening yesterday the six spineless English clubs resigned from the new league one by one when they had finally worked out they weren’t going to get their own way for once. This morning, that collapse was completed with Juventus chief Andrea Agnelli, on being asked whether the league could now continue saying: “To be frank and honest no, evidently that is not the case.” As it stands, at the time of writing, only Barcelona and Real Madrid remain.

There had been all kinds of murmurings about this for some time but just three days ago, while we were playing Manchester United at Old Trafford, the news was breaking that a new European Super League was about to be set up. By the end of Sunday that had been confirmed with the league having twelve founder members, three from Italy, three from Spain and the six self acclaimed big clubs in England, namely Arsenal, Chelsea, Liverpool, Manchester City, Manchester United and Tottenham Hotspur. And guess what? This was going to be a closed shop with these founding clubs safe of any relegation.

Embed from Getty Images
Gary Neville is someone I’ve been very critical of at times, probably as much because he turns a Manchester United game he’s covering into a Manchester United documentary. I read recently of him that he’s a good talker but not a good listener. Well, he did what he’s good at. He talked, he slated the six clubs, aiming much of his vitriol in the direction of Old Trafford and the Glazer family who he described as scavengers. In truth he spoke a hell of a lot of sense and people listened.

What happened next? From my point of view, Monday morning saw a lot of discussion in the Football Supporters Association (FSA) Premier League Network Group where I represent Burnley FC Supporters Groups. What could I, what could we, do to help? The answer really was to leave it to the supporter reps from the six clubs involved who were already working together, the result of which was total condemnation of their clubs. It’s not easy, as a supporter rep, to speak about your own club in the way they did. Yes, it’s fine to be critical when necessary and I think it was Dave Baldwin who always referred to us as ‘critical friends’, but the joint statement from these groups was damning of their clubs with the Arsenal Independent Supporters Association going on to label their club a disgrace.

Neville was supported by Jamie Carragher, then the fans. Who next? Prominent football journalists came in, the Government spoke out and even the Duke of Cambridge had his say in his role of FA President. The FA and UEFA made statements while the Premier League called an emergency meeting of the other fourteen clubs to be held on the Tuesday. The Government called for a fan-led review of football. That’s music to the ears of the FSA and football fans; now it really does have to happen.

The other clubs in the Premier League were quiet although not all of the clubs outside of the Premier League were. A couple of non-league clubs I spotted were taking to social media to jokingly confirm they hadn’t been invited. I did wonder whether any of the other Premier League clubs would say or do anything and Leeds took the lead with their players warming up in t-shirts ahead of their game against Liverpool with a clear message. “EARN IT’ it read on the front of those shirts in terms of qualifying for Europe. FOOTBALL IS FOR THE FANS’ were the words on the back. They even mischievously left some in the Liverpool dressing room, a move that upset the easy to upset Jürgen Klopp.

Embed from Getty Images
Then, clubs and players spoke out. Everton accused the six clubs of tarnishing the reputation of the league and the game. “This preposterous arrogance is not wanted anywhere in football outside of the clubs that have drafted this plan,” Everton said. Wolves followed and made it clear that their condemnation was aimed at the owners of the six clubs and not the clubs themselves. They referred to themselves having played, like us, at the top table and down in the fourth division, a blatant attack on the whole idea of a non-relegation league.

I wondered whether Burnley would say anything and we did, a personal statement from chairman Alan Pace. I’m not going to repeat it here in full, I’m sure you have all read it, but I have to use one paragraph in which he said: “As my business partners and I have now been working and living in Burnley for several months and are in the process of moving permanently to the area, I would greatly encourage my fellow chairmen to walk the streets around their local communities and get to know them personally, rather than creating more distance between themselves and fans.”

How often have Burnley supporters posted on our message board about bumping into Barry and Sonya Kilby going to an away game and how welcoming they’ve been? John B has spent many an away game sat (or stood) with the Burnley fans. He even sat next to me once at Millwall but once proved to be quite enough for him. He was a couple of rows in front of me at Ewood in 2014; he was drowned in beer when Danny Ings scored the winning goal. That’s the sort of club we support and so, for me, Alan Pace’s comments yesterday were just what I’d hoped they would be. He also spoke to Tony Livesey (and I think I’ve heard of him) on 5Live and he is certainly not happy at the way these clubs have behaved.

I didn’t mention Patrick Bamford after the Leeds game on Monday. Well done to him for speaking out, to Luke Shaw, to James Milner and then to all of the Liverpool players who made it absolutely clear they weren’t happy. A statement from the Liverpool squad read: “We don’t like it and we don’t want it to happen. This is our collective position.”

Embed from Getty Images
Klopp had spoken against it and he was joined by Pep Guardiola who said it just wasn’t sport. We now had players, managers, owners, fans, journalists, Government, even Royalty all on the same page and I’m not sure I’ve ever witnessed that before.

Then the tails went between the legs as one by one the spineless six pulled out of the new league with hardly a word of apology other than from Arsenal who did admit they’d got it wrong. Since, John Henry has apologised to the Liverpool fans, staff and players. It’s about as sincere as the apology the Arsenal fans received.

It’s all over and done with now, this European Super League, but these six are surely losers. They are not just going to march back into Premier League shareholder meetings and play the big I am any longer because they’ve blown it with the other clubs. They are very much losers now and that should be music to the ears of everyone with a genuine interest in English football at all levels.

I hope the review takes place and I hope something like this can never happen again. I’d like to see these six greedy, spineless club owners sanctioned although I’m not sure what that sanction could or should be but they must be punished in some way. For now, I’m relieved that it’s over. I’m relieved that the low life people running those six clubs have got what they deserve.

Now it’s back to proper football this weekend and a trip to Wolves. For the last three years we’ve played each other in the Premier League. In the late 80s we enjoyed, if enjoyed can ever be considered the best choice of word, fourth division games between us. That is proper football, football that has promotions and relegations, where you play your football on merit.

I’ll leave the final words with two prominent people in football, one of them journalist Henry Winter and the other Malcolm Clarke who among other things is chairman of the FSA and president of the Neil Baldwin Football Club.

Winter tweeted this morning: “El Plastico is dead for now, thanks to fan power and the likes of Gary Neville, Carragher, Henderson, Shaw and Klopp speaking out powerfully. But the shamed owners are still here, their greed has not abated. DCMS review promises hope, if it has real teeth.”