You meet people unexpectedly in the funniest places. For some years now we’ve been to Sunningdale in Tenerife, a collection of villas around a large pool, with restaurant and bar alongside. Mount Teide in the distant background, blue sky overhead on most days and several walks to the sea and harbour. One of those places you get off the plane, you are there by taxi in 20 minutes, you meet old friends and the staff greet you like long lost family. 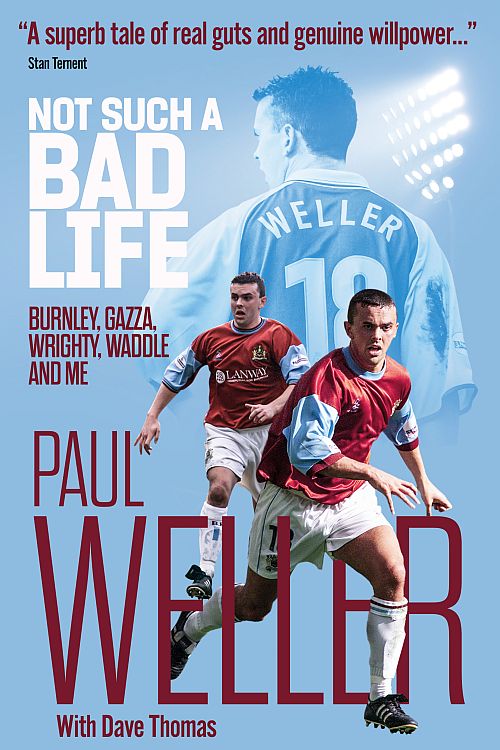 Anyway, who should we bump into at Sunningdale by the pool but Burnley footballer and now local businessman Paul Weller; and always looking out for the next subject, we sat and chatted about would he be interested in his story of battling against Colitis, three operations, then Crohn’s, and coming back from all the months he had out of the team to regain his place in the side. Then in the next season he was Player of The Year. No mean achievement. And seeing as the current favoured genre is triumph over adversity, and sports people defying the odds to make comebacks, he seemed a good choice for a decent tale.

He was only 16 when he moved from sunny Brighton to the cloudy north. From the blue skies of the south and views of the sea, to the maze of streets of Burnley, where there were still plenty of undemolished mill chimneys and rows and rows of terraced housing. Burnley in the early 90s, renewal and rejuvenation hadn’t really started. Culture shock. Absolutely. But he knuckled down and stayed, working his way up the ranks with Jimmy Mullen, then Adrian Heath, and then Chris Waddle.

Eventually, out of contract at Burnley, he went for trials at West Ham, and how could anyone turn down a chance to join West Ham at that time. It didn’t work out and back he came and signed a new contract. Just as well because this was the time that Colitis, a horrible illness, was beginning to affect him. He was out of the game for months but came back to be Player of the Season. Some achievement.

That it knocked him for six, is an understatement and it was Stan Ternent who told him to take all the time he needed and get it sorted. For that, despite all the disagreements they had, he will be eternally grateful to him. Any arguments they had were always to do with wanting his first team place back after the illness, or being dropped, or being asked to play when he was not 100% fit. He was always able to defend his corner.

That was just as well in the apprentice days when he had a hard time thanks to the ’toughening up’ process. This was a time when coaches could terrorise young lads in a way that would see them given the sack these days. By and large the players’ attitude was that what happens in the gym or the dressing room, or training pitch, stays there. You don’t blab to the press.  Years later what went on can seem hilarious, at the time they weren’t. But players accepted this was the norm with the oft repeated expression, ‘We just thought this was normal, this was football.’

With the bullying that took place at apprentice level, every player I spoke to in connection with the book said much the same, ‘well it never did me any harm.’ But they were the ones who succeeded. There was little mention of those that didn’t and couldn’t take it.

The stories in the book come thick and fast, Glen Little, Robbie Blake, Chris Waddle, Ian Wright, Gazza, Adrian Heath, Jimmy Mullen, Stan Ternent; in fact, Glen Little has his own dedicated chapter. There are some stellar names there. The Wright signing really worked; the Gazza signing didn’t, but the Gazza pranks are still remembered.

Paul sheds light on all sorts of things, the season with Waddle and the make-or-break final game against Plymouth. Then there was the poor show at Watford in the FA Cup quarter final. What was it like playing with Ian Wright? Who was the manager he felt helped him develop the most? Who was the player he looked up to the most? What was it like when the time came to leave the game?

There was the shock of Stan Ternent leaving unexpectedly; neither Stan nor players saw it coming. Paul was left high and dry without a new contract. He remains great friends with Glen Little who also left at the same time, and the admiration shines through. 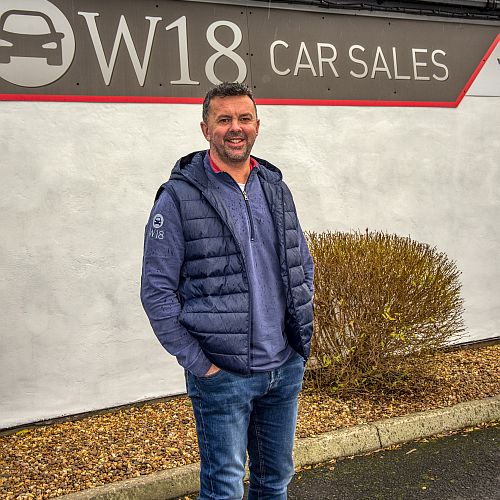 It was Steve Cotterill that came in and ended his time at Burnley. Paul was not sorted out with a club and although he always suspected he was unlikely to be retained, it was the eve of his wedding when Cotterill rang him to tell him that he was not needed. Such is football.

It leads on to exactly what does a footballer do in such circumstances? We look at life after football, how it affects some players badly. If they don’t slide into a coaching position where do they go. What are the stats? They make grim reading.

He wandered around in the lower reaches of the game, Rochdale, non-league at Stalybridge, the final aborted attempt at Carlisle. Not even 30 and it was end of the road. The decision to delay a knee operation in his final season, in order to be loyal and help out the club, as good as cost him his career.

For 6 months he was on the sofa watching TV. But then the nature of football, a chance phone call, ‘come and help us out at Burnley Community.’ Serendipity. Next working with the Academy, then radio work, then Head of Community and Academy at Bury. Alas all began to go belly up at Bury with new owners. The politics and finances of the place became unworkable. He left. A friend ran a car business so he joined him. Serendipity again.

Now, a respected local businessman, he runs W18 cars in Colne; W for his name and 18 because that was his number.  He is one of the Covid millions classed as ‘vulnerable’ because of his Colitis and now Crohn’s. There is always a thrill and satisfaction when a car is sold. But does it match the elation of scoring a winning goal? No, not really. Scoring the winning goal away at Oxford, in the last minute, from a cross by Ian Wright in the promotion season, remains one of his greatest memories.

The book is due on April 12 and is filled with some great stories, with those who have seen advance copies saying “it’s a good read.”

Paul will donate his royalties to the Gary Parkinson Trust.

The book will be published on 12th April and is available on Amazon for pre-order.

« Pope takes the honours despite conceding four at Spurs
4,000 Days Since Blackburn Lancashire »