The Pope shines at Anfield

In my early days of watching Burnley face Liverpool at Anfield, we would usually come up against a side that included Ian St John alongside Roger Hunt up front. Last Saturday afternoon we might not have had a Saint in our side but we most certainly had a Pope. 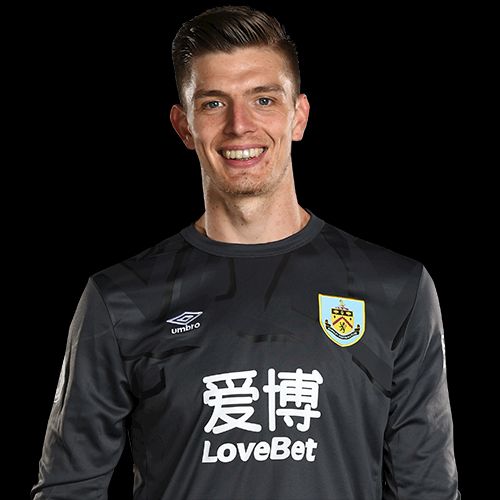 Anfield was always regarded as the ground where opposition goalkeepers, if they played well, would get a superb reception from the Kop. I recall that happening on one occasion with Alan Stevenson and I’m sure, if fans had been admitted, there would have been one reserved for Nick Pope after his first half performance denied them a potential half time lead somewhere north of the 1-0 lead they did get.

He’d had an outstanding game at West Ham three days earlier but this performance was even more memorable with some astonishing saves in the first half and then a big one close to the end as he ensured we preserved our point in a game that ended 1-1.

His performance, it is fair to say, won him both the man of the match vote and the player ratings and both by some considerable distance. I’m not sure what the record is for the vote but Pope polled 89% to win it ahead of Kevin Long and Jay Rodriguez who were joint second with a 3% share each while James Tarkowski won 2% of the vote to take fourth place.

As in the previous game, the same four players were in the top four of the player ratings. Pope’s rating was 9.79 out of 10 and that’s the highest of the season beating the 9.65 scored by Ben Mee in the 2-0 win against Manchester United at Old Trafford. It’s only ever been beaten once on Up the Clarets and that, like it was with Mee, was at Old Trafford when goalkeeper Tom Heaton picked up a perfect 10 after our 0-0 draw there in the 2016/17 season.

Tarkowski also passed nine with a rating of 9.05 to take second place with Long and Rodriguez securing third and fourth places with 8.79 and 8.76 out of 10 respectively.

That’s another 10 points on the Up the Clarets Player of the Year table for Pope, five four Long with both Rodriguez and Tarkowski winning four points. With Tarkowski having won the player of the year this season, this result takes Pope fourth place within nine points of Dwight McNeil and he’s now just 18 points behind Mee who remains in second place.

You can still VOTE for your man of the match from the 1-1 draw against Wolves. The poll will be available until 7:30 p.m. tomorrow before it is replaced by the Norwich vote.

The Liverpool result and the current player of the year table can be found below.