The strangest of seasons to end at Sheffield United 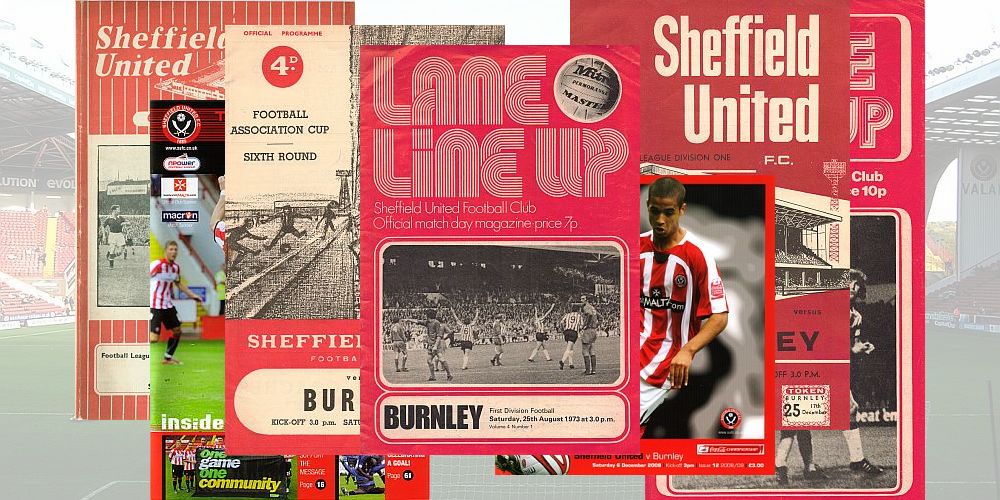 Tomorrow we travel to what the locals call Beautiful Downtown Bramall Lane and a final game of the 2020/21 season against Sheffield United who we will be saying goodbye to for a season at least.

It will be their turn to have supporters present having seen over 3,000 Clarets at the Turf last Wednesday for our final home game against Liverpool although their fans are paying £40 for the privilege of seeing their desperately poor season come to an end.

Let’s face it, this hasn’t been a particularly good season for us either although we do go into the game on 39 points so, in the end, weren’t reliant on the bottom three having very poor seasons.

What is interesting though is Sean Dyche often referring to us having only two points from the first seven games. He’s right, of course, but one statistic shows that no matter what the result tomorrow, we will have secured more than half of our points in the first half of the season.

I’ve not checked it but I’m sure Sean Dyche has made more team changes this season than in any other since he became manager and much of that has been down to the constant problems with injuries. We started the season without the two central defenders James Tarkowski and Ben Mee along with influential players such as Jack Cork and Ashley Barnes. We’ve had the ins and outs of both Jόhann Berg Guðmundsson and Robbie Brady and we’ve used more than two goalkeepers in a league season for the first time since Danny Coyne, Brian Jensen and Mike Pollitt all played in 2006/07. Dale Stephens (pictured below), the one new signing we made last summer we’ve hardly seen due to injuries.

Embed from Getty Images
Dyche has suggested it’s his biggest achievement, almost in a similar way to Stan Ternent telling us that keeping us in the Championship in 2003/04 was the eighth wonder of the world. For us, the supporters, it really has been weird. We’ve had to watch all season on the television. I was fortunate to have a ticket for the Liverpool game and have only missed those wretched pay per view games earlier in the season.

So, in so many ways, it will be good to see the back of it all tomorrow with the hope that we can find some normality in 2021/22 season and get back to the grounds up and down the country.

Before we take a look at the injury list, one other stat which I never thought I’d see with us in the Premier League. Last summer, in Project Restart, our first home game was a 1-0 win against Watford courtesy of a Jay Rodriguez goal. Since, we’ve won thirteen Premier League games with nine of those victories coming away from home.

As for the injuries, with Stephens and Brady out alongside Phil Bardsley and Kevin Long I would think it will be a similar team to the one that was beaten by Liverpool although the positive news is a potential return for Nick Pope. I would be very surprised if he isn’t in the team tomorrow.

One of the biggest surprises in the Premier League this season has been Sheffield United. When we shut down in March last year they were seventh in the league but dropped to ninth, ahead of us on goal difference, by the end of the season.

They spent big, by their standards, last summer. Aaron Ramsdale and Rhian Brewster, from Bournemouth and Liverpool respectively, cost over £40 million to add to similar purchases such as Oli McBurnie and Sander Berge a year earlier.

Like other clubs they had injuries but things just didn’t work for them. When they beat Newcastle on 12th January it was their first win of the season. They went into that game having picked up just two points from the first seventeen games. They’ve been bottom of the league since the beginning of November and never threatened to avoid the drop.

They were the first team to have their relegation confirmed and currently, ahead of tomorrow’s game, have just twenty points.

Embed from Getty Images
The season also saw the end of Chris Wilder as manager. There are conflicting stories of what happened but he was replaced, until the end of the season, by Paul Heckingbottom who was joined by former Burnley and Bournemouth assistant manager Jason Tindall.

They will, obviously, be looking to bow out on a high tomorrow but will have to do so without Jack O’Connell, Ethan Ampadu, Billy Sharp, Berge (pictured above) and McBurnie but they could have George Baldock available after he missed the midweek defeat at Newcastle.

This is a game best forgotten to be honest. It was played in November 2019 and we arrived at Bramall Lane having lost the two previous games at Leicester and at home against Chelsea.

At a ground that, over the years, has usually been unkind to us, we got what we deserved in this one, a defeat. We were simply shocking. I described the performance as shambolic afterwards and I think that was being kind.

Embed from Getty Images
Let’s just skim through it quickly. We fell behind to a John Lundstram goal on 17 minutes. As poor as we were,  I thought that we could turn things round if we got in at half time just a goal behind. Wishful thinking. Lundstram got his second on 43 minutes and within a minute John Fleck had made it 3-0.

Some will say we improved after the break but the truth is that they just let us have the ball and cruised to the most comfortable of 3-0 wins.

« Friend will blow final whistle
Pope is next for surgery »