This was no Burnley v Spurs classic 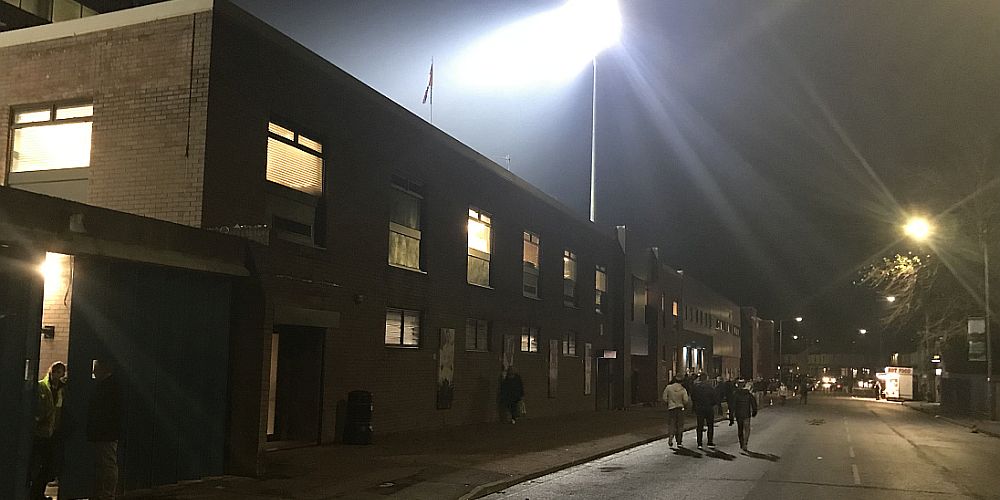 A Lucas Moura goal just midway through the second half was enough to give Tottenham Hotspur a 1-0 win at Burnley last night which brought our exit from this season’s League Cup at the fourth round stage.

We remembered some of the classic games between the two sides yesterday, that incredible 4-1 win in this competition in 1983, the amazing comeback at the Turf thirteen seasons ago, and going back to the days when we were the best two teams in the country there were days such as that remarkable league game between us at White Hart Lane when we fought back from 4-0 down to draw 4-4.

I think it is more than fair to say that when we recall great games between us, last night’s game will not be easily recalled on a night when neither side offered very much in terms of quality attacking intent.

The clocks go back this weekend and I think we had the first sign of what’s to come last night as the temperatures dropped on a wet and windy night at the Turf, although that is something we’ve become accustomed to over the years.

Embed from Getty Images
On the pitch, Sean Dyche made no fewer than six changes to the team that drew at Southampton while Nuno Espirito Santo shuffled his Tottenham pack with the same number of changes from their team that had been beaten at West Ham.

Our changes brought in Erik Pieters, Jóhann Berg Guðmundsson, Jay Rodriguez and Matěj Vydra along with a return to action for Ben Mee and a Burnley debut for Connor Roberts.

I’m not sure how much I can write about the first half. Harry Kane got into a shooting position early in the game but made a complete mess of it and I’m not sure there was another shot at goal worthy of mention.

We did see one substitution with Bryan Gil being replaced by Lucas Moura, and that went on to be significant, but the big talking point was an Oliver Skipp challenge on Dwight McNeil in the centre circle. “A clear red card,” is how former England striker Dean Ashton described it on the TV highlights.

Embed from Getty Images
But there was no red card from the most inept of referees Peter Bankes, nor was there a yellow. In fact, the perfectly placed Bankes just allowed play to continue. We should have been playing well over half of the game against ten men. We could just be thankful Dwight hadn’t suffered a serious injury.

Without a goal in the first half, and precious little goalmouth action, we could only hope for better after the break but for some considerable time it wasn’t the case. Then, Spurs got in the first real effort at goal with Nick Pope saving well to deny Giovani Le Celso and it gave the visitors a sense of victory.

In their very next attack the game was won when Lucas Moura headed home a right wing cross. It wasn’t clear initially but he’d benefited hugely from the cross getting a deflection off Pieters.

Could we come back? Not initially, and Pope made two more good saves as Spurs tried to put the game to bed. They didn’t and we did push onto them in the closing stages. Ashley Barnes had our one shot on target and soon after they did well to keep out a Maxwel Cornet cross.

Embed from Getty Images
Right at the end, Pieters had the final opportunity but the ball just wouldn’t come down quickly enough and his shot went over the bar.

It was another disappointing cup night and another night when, had things gone for us, it might have been different. Had that Skipp challenge been in a league game, he would surely have been given a red card after a VAR review.

We defended very well for the most part last night but we didn’t threaten Spurs anything like enough. We need to find that goalscoring touch at home very soon.

I hate going out of the cup competitions; I always have. I’ll have to look forward to the FA Cup.