The under-18s beat Nottingham Forest 3-0 yesterday in the U18 Premier League to make it three successive wins in three different competitions with three goals in each of those wins.

After that 8-3 opening day win, we’d picked up just one point from three league games but went into this game having beaten Fleetwood in the Lancashire Youth Cup and Everton a week previously in the U18 Premier League Cup. 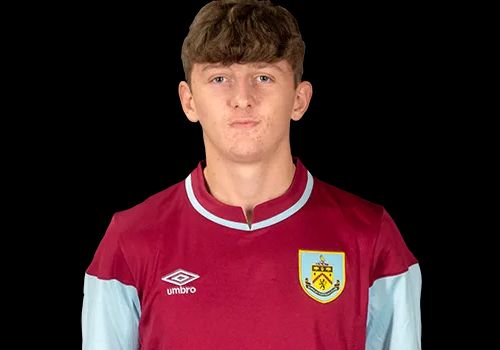 It’s been a difficult start to the season for the team in terms of player availability and after this victory, Tony Philliskirk admitted: We’ve still got ten players unavailable for different reasons. If I was mentioning these things when we are getting beat then it would be like an excuse so I want to mention it when we’ve won to highlight just how proud I am of them.”

As for the game, it was a close first half hour before Burnley took the initiative with the opening goal coming six minutes before half time when Jacson Coppack (pictured) half volleyed home after the Forest defence failed to deal with a long throw into the box.

Coppack was involved again when we doubled the lead not long into the second half when his free kick was headed in by defender Dan Sassi.

It gave us the opportunity to introduce three of the news signings as substitutes with Joe Westley, Wiktor Gromek and Trevon Bryan all being introduced and it was Bryan who completed the scoring just three minutes after coming on, scoring from close range after Westley had headed the ball to him.

Philliskirk said: “The whole team showed effort, determination, spirit and had good attitude and great application levels. It’s amazing what that will get you at any level of football and we showed that in abundance by coming away with a positive result.

“We’re in the development system, so it’s all about teaching the lads the Burnley way for us. We ask them to look in the mirror and ask ‘have I done my best?’ just like we do as a management team. None of them could have given any more out there. I just thought the lads were great.”