Time up for Dunne at Fleetwood 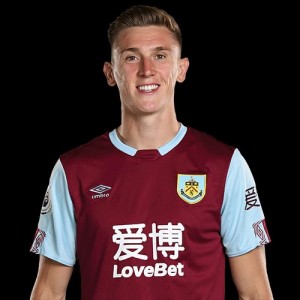 Jimmy Dunne’s loan at Fleetwood is at an end. The Fylde Coast club confirmed yesterday that Burnley had recalled the Republic of Ireland Under-21 international and that news has been reported by Burnley today.

Dunne made a total of eleven appearances for Fleetwood, nine of which were in the league, but he hadn’t played a league game for them since 2nd November when he was in the team beaten 2-1 by Bolton.

The loan was for the full season but, as is often the case, there is an opportunity in January for the parent club to recall the player. Burnley have done that and have also said he is expected to go out on another loan for the remainder of this season.

Now aged 22, Dunne, who has been at Burnley since moving from Manchester United in the summer of 2016, was on the bench for our League Cup game against Sunderland earlier this season. They are one of a number of clubs he’s spent time with on loan. He first went to Barrow and then to Accrington and enjoy hugely successful loans at both clubs. Hearts was next and they wanted to keep him at this stage a year ago, but he went to Sunderland and then this season his fifth loan at Fleetwood.