Following the resignation of Albert Pickles, Burnley took their time in choosing his replacement and in October 1932 brought Tom Bromilow back from a coaching role in Holland to become the new Burnley manager.

It was a major surprise, most of the previous managers had been appointed from within the club and those who hadn’t were relatively local. Bromilow, from Liverpool, was also unique in that he was the first Burnley manager to have ever played the game at a professional level. Bromilow had not only played the game professionally but had won two League Championship medals with home town club Liverpool, for whom he played over 300 league games at wing half. He had also picked up five England caps, the last of which had come in 1925. 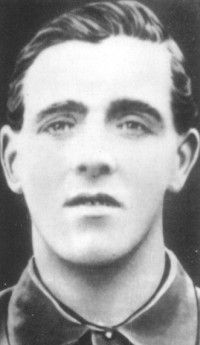 On retiring from the playing side in 1930 he took up a coaching position in Amsterdam. He and his wife failed to settle in the Netherlands so he accepted the job at Burnley when it was offered where he took over a side that was struggling near the bottom of the Second Division and at a time when interest in the club was at a low.

He didn’t bring about much improvement during his time at Turf Moor and the first season ended with a nineteenth place finish, the same as in the previous season. He made changes to the side, and brought in new players to little effect although one signing did make a big impact and that was George Brown. Brown was signed from Aston Villa but had played in the Huddersfield Town team during the 1920s that had won the league in three consecutive seasons under manager Herbert Chapman. He was 31 by the time he arrived at Burnley but the centre-forward more than justified Bromilow’s decision to sign him by scoring 27 goals in 41 games.

The 1933/34 and 1934/35 seasons saw slight improvements with the club finishing in mid-table, but on both occasions it was in the bottom half of the league. During the summer of 1935 there was speculation that Bromilow might be about to leave the club. He was linked with a number of jobs and in the end he did leave Burnley to become manager of Crystal Palace. He was at Palace for the 1935/36 before leaving the club, hoping to land the vacant position at Liverpool. Having been unsuccessful he returned to Palace in the December of the same year, continuing in the role until the summer of 1939 just prior to the outbreak of World War II.

During the war he managed Leicester City and had a short spell in charge of Newport County after the resumption of football in the late forties before returning to scout for Leicester. He died suddenly at Nuneaton on a train at the age of 64 in March 1959 whilst on his way to scout a player for Leicester at a game between Wrexham and Merthyr Tydfil.