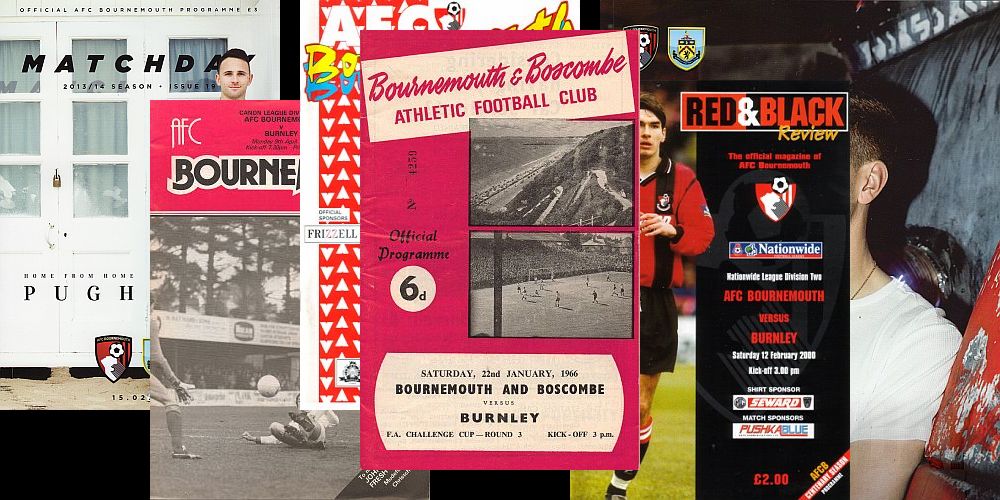 Last year we were sent to Arsenal on the Saturday before Christmas, and for an early kick off at that, and one year on we are making one of the longest journeys of the season to Bournemouth.

A week ago, this was a fixture between a couple of teams that couldn’t win. We’d just lost three in succession; for Bournemouth it was even worse, they’d lost their previous five having beaten Manchester United in early November.

That’s changed now. A Chris Wood goal gave us a 1-0 home win against Newcastle while for Bournemouth, a win by the same score at Chelsea came via a late Dan Gosling goal that required VAR before it was given. Those results mean both teams should go into the game with more confidence than might have been the case.

A win tomorrow would give manager Sean Dyche a milestone as Burnley boss while it would, sort of, create a Premier League record for ourselves. Last week’s win against Newcastle was Premier League win number 49 for Dyche so three points tomorrow would see him reach a half century, and when we won at Bournemouth last season it was only the second time we’d won an a away fixture against a team in successive Premier League seasons. We beat Hull in 2009/10 and again in 2014/15; winning tomorrow would make it three out of three against Bournemouth.

One thing it would be good to improve on is the number of clean sheets we keep away. It was oft referred to until we won 3-0 at Watford, that being the first away clean sheet since the 0-0 draw at Vicarage Road last season.

In total, we’ve kept 16 clean sheets on the road in the Premier League. Tom Heaton was in goal for eight of those games and Joe Hart for two. The other six clean sheets have been kept by Nick Pope who will be on duty tomorrow at Bournemouth.

Embed from Getty Images
We do have the best clean sheet record for home games this season in the entire league but Pope would like to see the number of clean sheets increase on the road. “We are doing a lot of things well and it’s maybe just them clicking away from home a little bit more,” Pope said.

He’s alongside three other goalkeepers, including Manchester City’s Ederson, this season with six clean sheets; that’s a total bettered only by Kasper Schmeichel.

“Everyone counts them,” Pope said of clean sheets. “For a goalkeeper you don’t score many, not yet anyway. To have that as a goal, with regards the back five, is something we look for. It’s very much the whole team. We love to press from the front and work hard in every position to make it difficult for the opposition. I think it’s something that as a collective we really take pride in, being difficult to beat and difficult to score against.”

Pope is very much established again as first choice having not made a Premier League appearance last season following the injury he sustained in the Europa League at Aberdeen and there is no reason to expect him not to be in goal tomorrow.

That might now be the case with some of the other players. Charlie Taylor and Kevin Long are fit again but Ben Gibson, who pulled out last week when he felt a tight groin in the warm up, isn’t expected to be fit to travel. The other doubts centre on midfielder Ashley Westwood and striker Chris Wood. Neither trained yesterday but both could still play.

One potential option in the centre of midfield should Westwood miss out is Danny Drinkwater who got his one league appearance for us against Manchester City. Sean Dyche does appear to be somewhat evasive when asked about the loanee from Chelsea but the player himself has been very positive about the club.

In an interview in last week’s match programme, he said: “They’re a great set of lads and a manager and staff who mean well and have developed me. Hopefully then can keep pushing on and finish the season very strong. I came here to help Burnley and Burnley are helping me. Long term, this will be part of the change I needed to make.”

Speaking about his appearance against City, he added: “It was nice to finally get out there. I’ve been waiting for a long time and football is football. I’ve had injuries and the two lads in the centre of midfield have been doing terrific It’s just about being patient and working hard and hopefully there are a few more games to come. I’m getting fitter and stronger so hopefully the Burnley fans will see the good side of me and I can keep moving forward.”

That win for Bournemouth last week moved them one place up the table to 14th but just six weeks ago they were up in seventh place and they will now be looking to put that bad run of defeats behind them and build on the Chelsea win.

The victory at Stamford Bridge was their third away success this season having previously won at Aston Villa (2-1) and in their derby at Southampton (3-1) but only Everton and Manchester United have been beaten on their home ground.

Embed from Getty Images
One player who Burnley will need to watch carefully tomorrow is Diego Rico (pictured). After a difficult first season on the Dorset coast, having come in for a fee of around £11m from Leganes, he’s established himself in the team this season and has been one of their most impressive in terms of performances.

He’s very much an attacking left back in a side that does like to attack so I think it is a surprise that, currently, they’ve scored less and conceded less than we have. They’ve netted 19 goals, three less than us, but have conceded 24 which is five less than us.

Eleven of those goals have been scored by Wilson. Callum Wilson has six of them while Harry Wilson, on loan from Liverpool, has five. Josh King, with three, is the only other player to have scored more than once.

Harry Wilson, however, has returned to Liverpool. He couldn’t play in their last home game against his parent club and missed the win at Chelsea with a dead leg that has subsequently seen him leave Bournemouth to have treatment at Liverpool.

He’s not expected back ahead of tomorrow’s game when the home team, like us, have some injury concerns. Josh King and Andrew Surman picked up a twisted ankle and a calf problem respectively at Chelsea. Manager Eddie Howe said they would see how those two players are.

Callum Wilson is also a doubt but they are likely to be without Nathan Aké, Steve Cook, Lloyd Kelly, Adam Smith, Charlie Daniels and David Brooks as well as former Claret Junior Stanislas who hasn’t featured in the first team since last April. He was on the bench last week at Chelsea but will be missing for personal reasons.

It was the first Saturday in April. We arrived at Bournemouth in 17th place in the Premier League following the win against Wolves a week earlier. We felt that one win might just about be enough to keep us in the Premier League and it came in this game with arguably our best away performance of the season.

We had to come from behind too when Ashley Barnes scored an own goal just four minutes in. From a free kick, Barnes got to the ball before the Bournemouth player and could do no more than head it past Tom Heaton.

It took us a few minutes to come to terms with the start but then the game turned our way and we never really looked back. Chris Wood equalised on 18 minute; it was a header that was so similar to the one we scored last week against Newcastle.

Embed from Getty Images
As was the case last week, Ashley Westwood got the assist as the corner taker and he got his own name on the scoresheet two minutes later when he placed a shot just inside the post after Chris Mepham had diverted a ball from Dwight McNeil right into his path (pictured).

Eleven minutes into the second half we had the game won when Barnes scored in the same net but this time to give us a 3-1 win. Bournemouth only had themselves to blame. David Brooks and Adam Smith both stopped when they, very wrongly, thought the ball had gone out of play. Charlie Taylor crossed the ball, Asmir Begovic was outdone by Wood and he laid it back for Barnes to score.

“We are staying up,” sang the Burnley fans. The win took us to 14th and an eight point gap ahead of the drop zone and with Cardiff to come to Burnley a week later. Not quite home and dry, but this win left us very confident we’d made it, some achievement given where we’d been at Christmas.