Neither of them played in the first team at Burnley but Marc Pugh and Tommy Wood were both released by their respective clubs Queens Park Rangers and Wimbledon last week due to the financial situation the clubs now find themselves in. 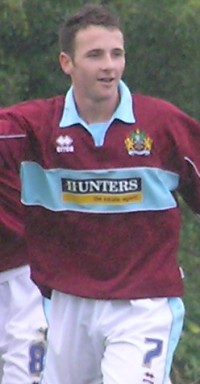 Pugh is the better known at Burnley. He was with the club until the age of 19 and was a first team substitute on a number of occasions although never quite made the step up to get some game time. Released in the summer of 2006, he initially moved to Bury but they from there played for Shrewsbury, Luton on loan, and Hereford before signing for Bournemouth for £100,000 in 2010. He established himself there as the Dorset club climbed the leagues and went on to play Premier League football for them before leaving last summer having spent the second half of 2018/19 season on loan at Hull.

QPR snapped him up on a one year deal and to date he’s played 37 league games for them, with 12 of them starts, and four cup ties, two in each of the FA Cup and League Cup. However, one more appearance would trigger a further one year contract at the Kiyan Prince Foundation Stadium which QPR cannot afford and that led to them releasing Pugh, now 33, last week.

Manager Mark Warburton said: “Marc is a fantastic professional and he deserves to be treated with absolute respect. The simple reality is we, as a club, are not in a position to be able to provide a further twelve month contract to Marc.

“I have no interest in disrespecting Marc by simply not playing him and having him and having him train as hard as he always does with no prospect of being involved. Marc understands the position and, typically, has been great to deal with regarding the situation. He leaves us with enormous gratitude on our part. His experience and professionalism have been invaluable both on and off the pitch.” 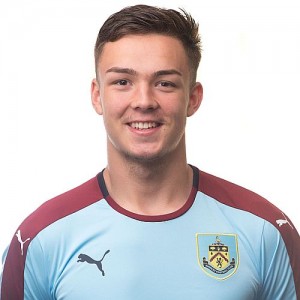 Pugh said he’d really enjoyed his season with QPR and thanked them and, in particular, Warburton for giving him the opportunity. He said: “I’m obviously disappointed that I am unable to finish the season and make a push for the play-offs with the lads. However, I fully understand the club’s position and I appreciate that they have been honest with me regarding their situation and where that left me as a player.”

It’s the same situation for striker Tommy Wood at AFC Wimbledon. He spent three years with the Clarets, two with the youth team and one with the under-23s prior to being released in 2018. He was snapped up by Wimbledon where he was just really breaking into the first team squad. He’d played in Football League Trophy games but either side of Christmas he made his league debut, coming on twice as a substitute in games.

The curtailment of the season means they have survived for a further season in League One but Wood is one of eleven players they have released with manager Glyn Hodges admitting: “We would have liked to have kept most of these players, but we cannot do it in the current financial climate.” Wood, it is believed, is one player who would have remained as part of Hodges’ plans had it been possible.

Wood, who I thought was the youth team’s version of Sam Vokes in the way he played, said on social media after his release that it had been a pleasure, that he’d had some great memories and met some good people.