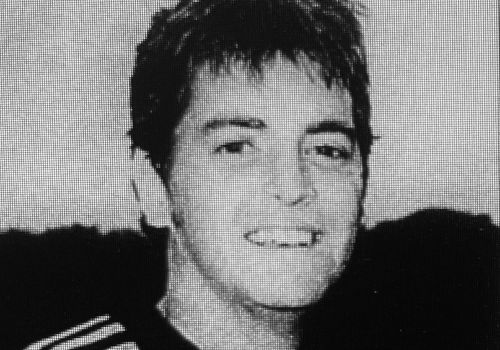 Two days later he made another double signing but this time there were transfer fees for both of them. He signed Leeds midfielder Mark Ford (pictured top) for £275,000 and spent a further £150,000 to bring in central defender Steve Blatherwick from Nottingham Forest.

The first two signings had whetted the appetite but there was genuine excitement about these two players who were coming in from top flight clubs. Ford, at 21, was a former England Under-21 captain and an FA Youth Cup winner while Blatherwick was a player who had been attracting a lot of interest.

Waddle couldn’t contain his excitement at signing a young player who had already made over forty appearances for Leeds and was leaving Elland Road as the Yorkshire club were spending big in the Premiership. He said of signing Ford: “I am delighted to have Mark Ford on board for the trip to Ireland. He is a former England Under-21 captain and has been compared to David Batty, and although I don’t want to tag Mark, we obviously hope he can follow what David has achieved. He is still only 21 and, for a small guy, is very competitive as well as being a good one-touch player. I’m sure if he plays to his potential we will have signed a very good player, and I hope the Burnley fans will take to him.

“We needed a player who was aggressive in midfield. He won’t score us a lot of goals, but he has very good positional sense and reads the game well. He has played almost fifty games in the Premiership which is fantastic for a young lad at a club as big as Leeds. Howard Wilkinson was a big admirer, but George Graham has brought in a few players and he wasn’t getting in the first team as regularly as he was. I noticed he was on a week-to-week contract and I made an enquiry. I have had him in mind for some time and I would have tried to sign him wherever I got the manager’s job.”

Second signing of the day Blatherwick had less experience although he’d also played Premiership football at Forest while adding valuable experience during loans at Wycombe, Hereford and Reading. “Steve is another player I noted last season and I had him in mind,” Waddle said. “I thought I would try to bring him in, and I believe he will be another player with a lot to offer. He is powerful and keen to do well. He has a bit of pace, and although he is still a bit raw, we are hoping he will be a quick learner and fit in with the system we are hoping to play.” 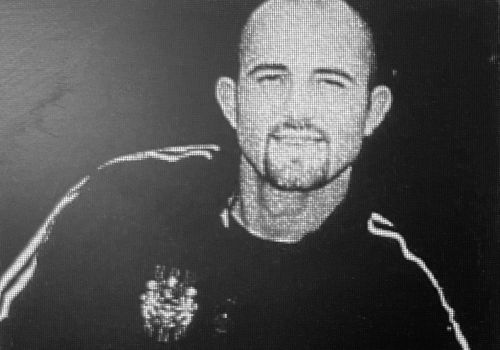 Having completed the move, Blatherwick said: “I didn’t take a lot of persuading to come here. Chris, Glenn and the stadium were a big draw for me. They and the club have a lot of enthusiasm to do well, and although Burnley are a Second Division club, I believe I could be back in the First with them soon. They are one of the biggest, if not the biggest, clubs in this division, and I have heard of the fans’ great reputation.

“I have played against Chris, and I can’t wait to play alongside him. Glenn was a brilliant centre-half and I know he will have a lot to offer in training.” He added: “I was not willing to stay at Forest unless I was getting regular first team football. I was offered a three-year deal, but I didn’t get those reassurances and I am hoping to establish myself here.”

Although dropping two divisions, Ford was adamant: “I certainly don’t see the move as a step down. If anything, it is a step up for me. Chris and Glenn are different class, and I am sure I will become a better player learning from them. This is a good move for me, especially if we can go on to earn some success this season. The club is ambitious and I can’t wait to get started.”

Both players, along with Woods and Williams were immediately packing for the trip to Northern Ireland but one player not there was Gary Parkinson who had moved to Preston rather than sign a new deal at Burnley and our directors were far from pleased with the tribunal who determined that we would receive £50,000 for him. We had originally asked for £200,000 before cutting the asking price to £150,000. Preston had tried to get him for free because Parkinson had been out of contract at Burnley for more than a year.

Preston definitely thought they were the winners. Gary Peters, the North End manager, admitted: “In contract, Parkinson would have cost us between £150,000 and £200,000, there’s no doubt about that. Having signed him for £50,000 I have to say that we have got a real bargain. If someone had told me six months ago that I was going to sign a PFA award winner for £50,000 I would have snatched their hands off.”