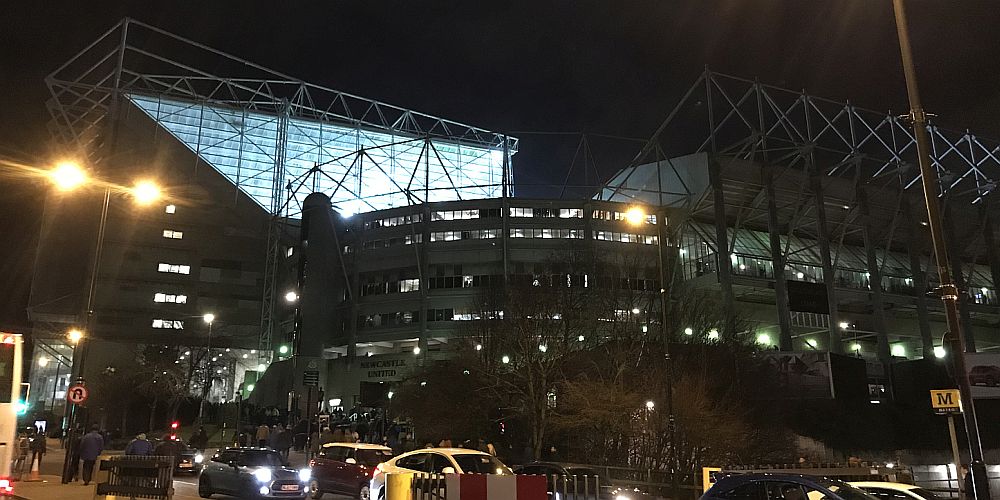 Newcastle United beat us 3-1 last night at St. James’ Park to send us into the international break still searching for our first point of the season, and by the time the final whistle blew last night there couldn’t have been a Claret anywhere who thought we deserved something from the game.

It would be nice if I could choose a period of the game to report on and ignore the rest. I’d choose the first quarter of an hour or so of the second half when we were by some distance the better team. Unfortunately, the other 75 minutes have to be included and this was the time when we were very much second best to an ordinary looking Newcastle side who just had a bit of pace with Allan Saint-Maximin and Callum Wilson that we couldn’t deal with.

It’s another report having watched the game on television. I have to say it makes the task of reporting more difficult although that’s nothing compared to the disappointment of now having to report yet another defeat.

Ahead of the game came the team news and was as expected. Matt Lowton was ruled out with the injury sustained in the League Cup defeat against Manchester City but both James Tarkowski and Ashley Barnes, who came through that tie, were both in the starting eleven. For Tarkowski it was his first Premier League game since the end of last season, for Barnes his first since New Year’s Day.

Embed from Getty Images
Dale Stephens came back in after sitting out the midweek game having been cup tied which meant Josh Brownhill having to go wide again. There was also a much stronger looking bench though with both Jόhann Berg Guðmundsson and Robbie Brady among the substitutes.

What can I write about the first half? If it is positives you are looking for then move on, there really weren’t any. Nick Pope made his first penalty save for Burnley at this ground two seasons ago but he all but gifted them an early goal on a night to forget for him, but he wasn’t to be saved for long as it took the home side less than a quarter of an hour to go in front.

The talking point is the incident in the middle of the pitch. Sean Dyche claimed a foul on Kevin Long and he’s right to suggest that given what free kicks are awarded for these days. Jamie Redknapp, in the Sky studio, said the same while Micah Richards wasn’t having it. I can see both sides of this argument; they are given time and time again but really they shouldn’t be and Long was far too easily pushed off.

That led to Saint-Maximin bamboozling us before getting his shot into the bottom corner to Pope’s left. Could he have done more to prevent it? I think so, but he wasn’t the only one culpable for the opening goal.

Embed from Getty Images
We did get the ball in the net through Barnes but he was given offside. I really don’t understand this now. It was only a Newcastle player’s deflection that saw the ball go anywhere near him but offside it was. It was almost a solitary bright moment in an otherwise shocking first half performance and I think, surely, we had to go in relieved at half time that we were only a goal behind.

We thought Dyche might go in and have a quiet word with them or remind them of a few things and when we came out for the second half it looked as if he’d done just that. It was a different Burnley. Chris Wood got in once but was wrongly flagged offside but on the hour we won ourselves a couple of corners on the left. They got the second of them away but only as far as Brownhill and Phil Bardsley who linked up on the right. Bardsley crossed, a defender got a head on it but Ashley Westwood, making his 100th league appearance for Burnley, hit the sweetest of volleys into the corner. We were level, deservedly so given how we’d started the second half. The initiative was now with us and surely we could go on and win this.

Not at all and not once did we threaten. The goal all but signalled a return to the first half balance of play with Newcastle having virtually all of it. Saint-Maximin got down the right where Wilson fired them back in front within four minutes. We looked for offside but a misalignment between the two defenders meant Tarkowski  did just play Wilson onside.

There really was precious little response from Burnley and the game was won for Newcastle when Pope blundered again as Ryan Fraser closed him down. If he’d put his foot through the ball there would have been no problem but his delaying allowed Fraser to pressure him. It looked as though he’d got away with it when the ball hit the post and went to safety but by then referee David Coote was pointing the spot after the Newcastle player had gone over Pope.

Embed from Getty Images
That was it, you just wanted the game to finish. I didn’t; I wouldn’t, but I really did want to switch off the TV at this point. It was awful to watch and there was never any suggestion of us rallying and putting Newcastle under any late pressure.

Played three, lost three. The last time we did that in a league season was back in 2003 when Crystal Palace, West Brom and Wigan all beat us. We’d also managed it the season before. The last time we lost the three opening games in a top flight season was way back in 1927 and we actually lost the first five that season.  We avoided the drop by one point. Having said that, we lost the first three in 1920 and went on to win the league.

We are not at crisis point. Our next game at West Brom in two weeks time is not a must win game. However, there are few positives coming out of the club right now. We all know there is a problem between the manager and the chairman and maybe, just maybe, the manager’s thoughts are getting to the players, some of whom have also spoken out about the lack of incoming players.

Will it be resolved? That we can’t answer but we can’t go into too many games over the next few weeks and perform as badly as we did at Newcastle where it really was Tyneside Misery. If we do, we really will be in trouble.

« We are making too many mistakes
International calls for BPF, JBG and Long »