We might not have been able to hold on to our lead, succumbing to an equaliser in the 82nd minute in today’s 2-2 draw against Birmingham.

Plans had to be changed this morning with the club revealing a change of venue and it was also a very much unfamiliar team too with six of the summer signings in the starting eleven alongside experienced players such as Matt Lowton and Kevin Long. 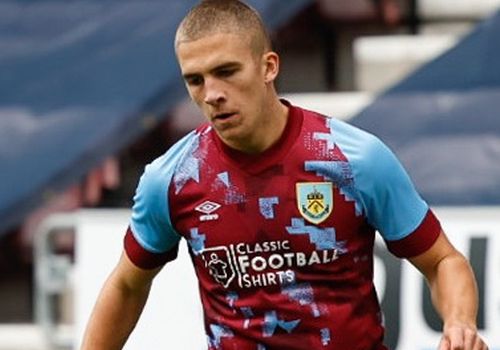 We should have been in front very early in the game too; Halil Dervişoğlu looked a certain scorer only for Alfie Brooks in the Birmingham goal to make a point blank save, and just a few minutes later we found ourselves behind when Kieran Wakefield got onto a right wing cross to hit home.

It led to a somewhat stale first half with neither side ever really threatening other than the one occasion when Dara Costelloe was so unfortunate not to draw us level with a shot from a tight angle that went just wide of the far post.

There was no sign of Charlie Adam today in the dug out where Ross Wallace was assisting Andy Farrell but a very familiar figure strode up to give the players their half time team talk, namely manager Vincent Kompany who had watched the first half from just a few yards away from us.

He might have been an influence too; certainly the second half performance was better than the first half although for much of it we didn’t really threaten an equaliser. It did eventually come and was as unexpected as it was spectacular. Owen Dodgson (pictured) collected the ball down the left hand side and fired the ball into the middle. It sailed into the far corner of the net. Did he mean it? Was it a brilliant goal or a cross that went in? Dodgson will be the only one who can answer that question.

Almost immediately, Dervişoğlu headed Matt Lowton cross against the post and then the striker on loan from Brentford was fouled in the box and converted the resulting penalty himself. We’d gone from a goal behind to a goal in front in then space of two minutes and we were so close to a third.

But there was a sting in the tail. Dennis Franchi made an outstanding save down to his left at the expense of a corner, but he didn’t cover himself in glory with the ball in and Birmingham scored the simplest of equalisers with Wakefield grabbing his second goal of the game.

We twice come close to finding a winner but it wasn’t to be and we had to settle for a draw.