Under-23s take on the Dolly Blues 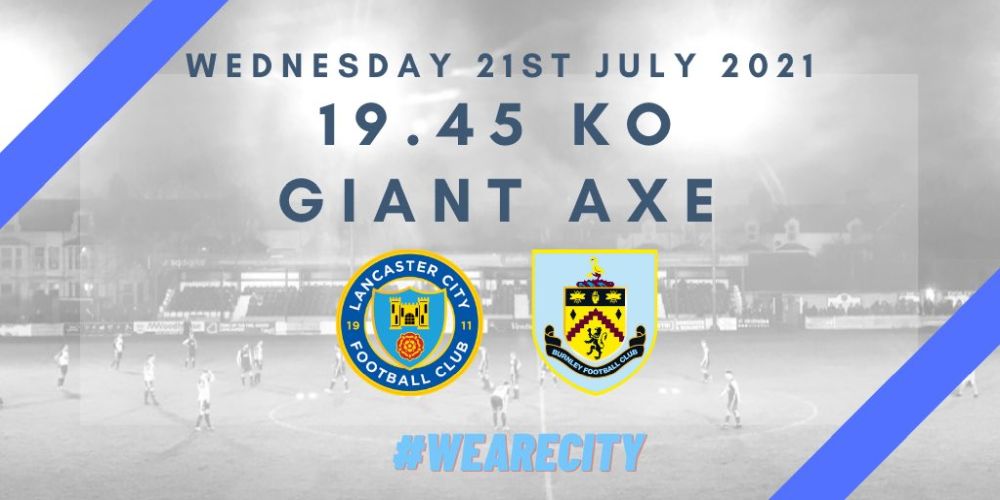 Back from Scotland, Michael Jackson takes the under-23s to the Giant Axe tonight to play Lancaster City in the semi-final of the Lockstep Trophy with the other semi-final between Clitheroe and Ashton Athletic being played simultaneously at Clitheroe.

Sadly, I won’t be able to make the trip tonight at a ground where 40-years ago I was able to take my seat in the VIP area as a director of the club that, at the time, was not in the best of financial health. Things change in football. During the 1981/82 season I was at Christie Park to see the Dolly Blues take on rivals Morecambe in a league game. This coming season Lancaster will play in the Northern Premier League; Morecambe will be in League One.

Although Lancaster have no former Burnley players in their squad, there will be one face familiar in David Norris who played against us on ten occasions for Plymouth, Ipswich and Portsmouth. In the 2010/11 season he scored in both league games against us for Ipswich; he repeated that for Portsmouth in the following season.

No ex-Burnley players on the pitch but there are likely to be two on the touchline. Manager Mark Fell has two assistant managers. One is Rob Henry who was a member of our youth team that reached the Youth Alliance Cup Final in 2005, the other is Graham Lancashire who made his Burnley debut just over thirty years ago and went on to play for eight Football League clubs.

The Burnley team have returned from Scotland where we played Rangers ‘B’ and Ayr with Jackson likely to field an inexperienced team with the potential for a number of trialists to take part.

Kick off is 7:45 p.m. and admission is £5 with children free. You can purchase HERE or, if available, pay on the gate.