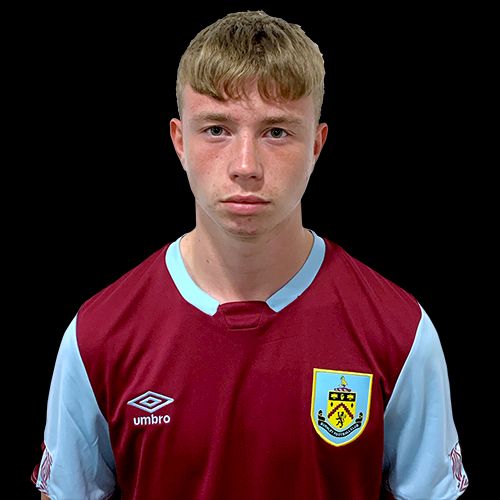 It was very much Sam Unwin’s day too with the forward scoring all three goals for the young Clarets. He joined us during last season from Bury and scored his first goal at this level for us in the 3-2 defeat against Everton four weeks ago, adding a penalty to that last week in the win at Sunderland

He gave us the lead in just the third minute, getting in on the left before curling the ball home past Leeds goalkeeper Harry Christy. The lead didn’t last too long however with the visitors levelling on the quarter hour through Joseph Snowdon.

It looked as if the teams would go in level at half time but Unwin had different ideas, went clear on goal and finished with a shot into the bottom corner to take us into the break with a 2-1 lead.

That became 3-1 just four minutes into the second half with Unwin finishing from close range and it remained 3-1 until nine minutes from time when Jimiel Chikukwa pulled one back for Leeds. Any hopes Leeds had of rescuing a point were soon ended when they had Aaron Pilkington sent off and the Clarets recorded a fully deserved third win of the season.

Our next game is at Newcastle on Saturday, 7th November.